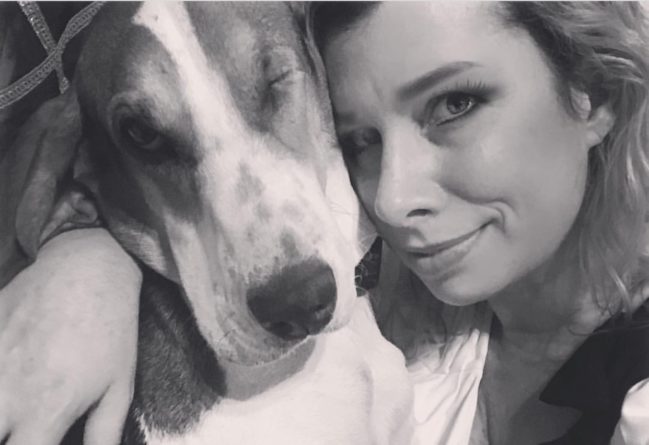 A local rescue dog is being credited for saving an Amherst woman’s life. Lauren Gauthier’s one-eyed rescue dog, Victoria, persistently sniffed a red spot on her nose, prompting her to get the bump checked and she’s so glad she did. Turns out the bump was basel cell carcinoma, a type of skin cancer. 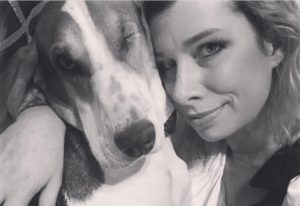 “It really is amazing that my dog was so persistent in sniffing the area that was skin cancer,” said Gauthier. “The surgery itself has changed my face, and if my dog had not picked up on it, I may have ignored the spot, which could have risked further disfigurement. Hounds have a keen sense of smell but I never thought that I would personally benefit from it!”

For reference, her is one day post op #mohssurgery. If you're having this done feel free to dm me. If you're thinking of #tanning without #sunscreen -think again.

It's not my prettiest day.Had #mohssurgery and #basalcellcarcinoma removed from my nose today. Feeling sore and looking forward to #healing. Grateful they were able to get clean margins in only one pass. All my younger days in #tanningbooth have come to pay me back. I have blood in my hair and down my shirt. Use me as the impetus to wear #sunscreen and stay out of the booths.

Since the cancer was detected early on, it didn’t spread or cause further health issues. Victoria, who was rescued from a Kentucky shelter, saved her owner’s life by not giving up on showing her something was wrong. Had it not been for her intuitive pup, Gauthier may have never went to the doctor. She is now warning teens and adults alike to stay away from the tanning bed where she thinks the skin cancer may have stemmed from.

“My advice for teenagers and others considering tanning bed use is – don’t. There are many other options available, like spray tans, to help improve cosmetic appearance. The cost and the damage you do to your skin is way too high, and even though growing older seems a world away, once you are older, you will pay a price for tans and tanning beds,” she said.

Gauthier would also like to let everyone know that while her surgery has altered her appearance, she is feeling better every day.

For any following my #skincancer journey, here I am 2 weeks post #mohssurgery and removal of #basalcellcarcinoma on my nose. My #plasticsurgeon did such a wonderful job to see the #healing in a short period of time. Once the swelling dissipates I will be in good shape! #skincancersurvivor #skincancerscar #girlswithscars #brave #battle

If you have an incredible story to share, email us at sweetbuffalo716@aol.com.

A 14-year-old fearful shelter dog is in need of a home. Abby is a small dog who needs to go