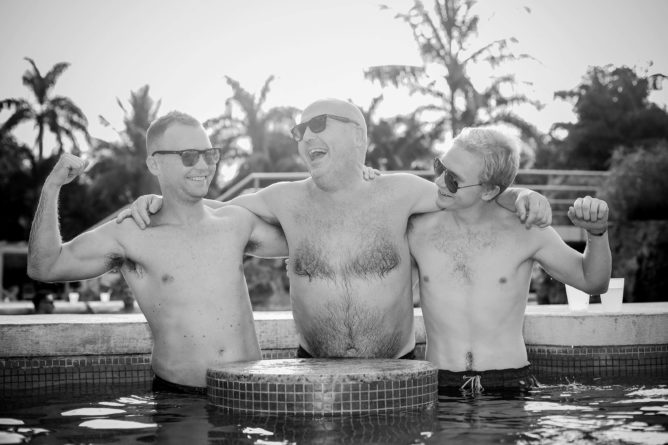 On Oct. 27, family, friends, and community members will gather to run in memory of Conor Long, a Hamburg High School grad who was killed in a hiking accident in Zoar Valley in July. Now his brother is doing what he can to keep his memory alive with a 5K fun run/walk that his brother started three years ago. 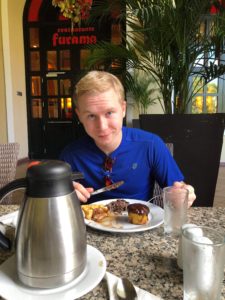 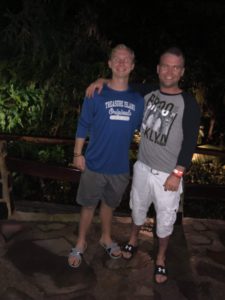 “He started the run with the initiative to raise money and sustain funding for the Hamburg Health and Sciences academy,” said Brian Long, Conor’s brother. “This was extremely important to him. After his passing, they decided to dedicate the run to Conor in celebration of his life and legacy. Conor and I always talked in discussion, in the discussion he always mentioned that he wanted to create a legacy that would impact the world. His death as unfortunate and tragic as it was, showed that he did actually make a big difference in the world, mainly in the Hamburg community. So my goal is to carry on Conor’s good works in the community and make this run as big as possible to not only remember him for the man he was, but also to give back towards the causes he believed in. I want to make sure he is not forgotten and that the good he did lives on vicariously through the many people who cared about him.” 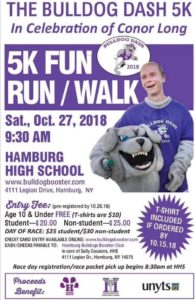 The Bulldog Dash 5K in celebration of Conor Long will be held at 9:30 a.m. Saturday, Oct. 27 at Hamburg High School. Race day registration and packet pickup starts at 8:30 a.m. Student cost is $20, non-students are $25 and ages 10 and under are free (T-shirts are $10.) To purchase a presale ticket, visit www.bulldogsbooster.com.

Meet Harrison. He’s an 8-year-old pit bull at Niagara SPCA who doesn’t know what he did to be in a

Blind and deaf puppy in need of a very special home

January 6, 2020 Sweet Buffalo Comments Off on Blind and deaf puppy in need of a very special home