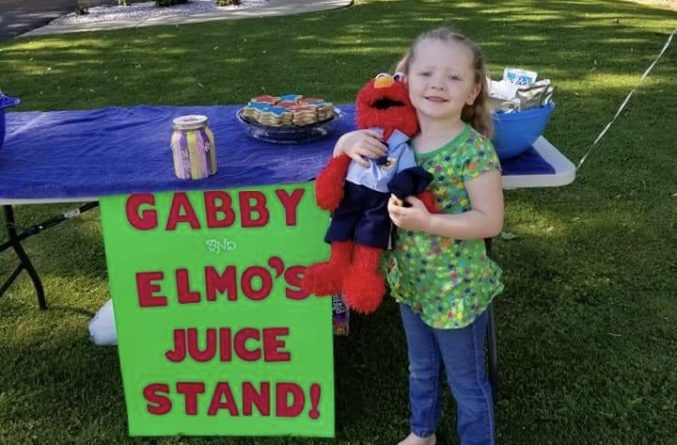 In June 2018, 3-year-old Gabby Yesis had an Elmo doll for sale at the Blasdell yard sale. Gabby insisted she wanted to give Elmo to a police officer so he no longer had to work alone. He needed a friend, she said. 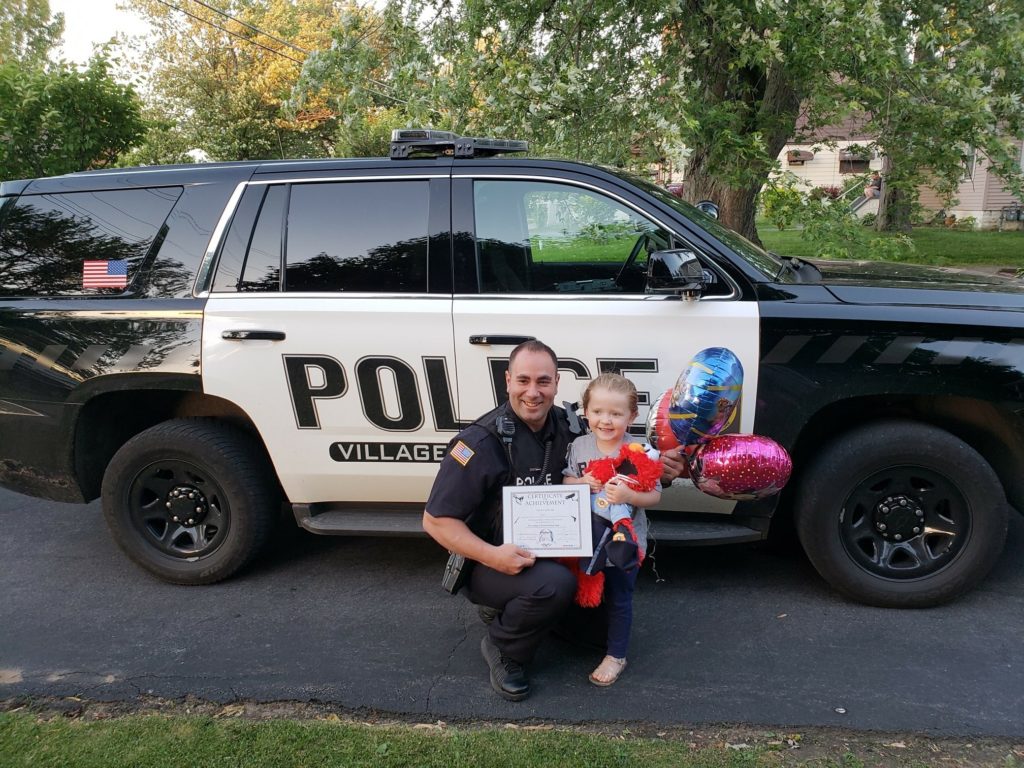 Gabby and I were able to give Elmo to a Blasdell Police Officer later that week. Elmo was gone only for a few days before I received a call asking if Officer Elmo could return home to keep Gabby safe. That evening Mayor Hefner and a police officer presented Elmo to Gabby complete with a uniform and framed certificate from the academy. Since then, Gabby has formed quite the relationship with Mayer Hefner and stops to talk to the police officers and firefighters when she sees them in the community.

One year later, a week before the Blasdell yard sale this year, I asked Gabby what toys she wanted to sell and explained she could put the money in her piggy bank to save for a special purchase in the future.  Gabby immediately replied with, ‘Mom, can I have a lemonade stand?’ I was a bit surprised at her response and asked why she wanted to do that.  Without hesitation, Gabby explained that the police, firefighters, and the mayor work very hard and she wanted the money raised to be used to buy them lunch. Of course, the only response I could give her was, ‘OK, a lemonade stand it is.’ 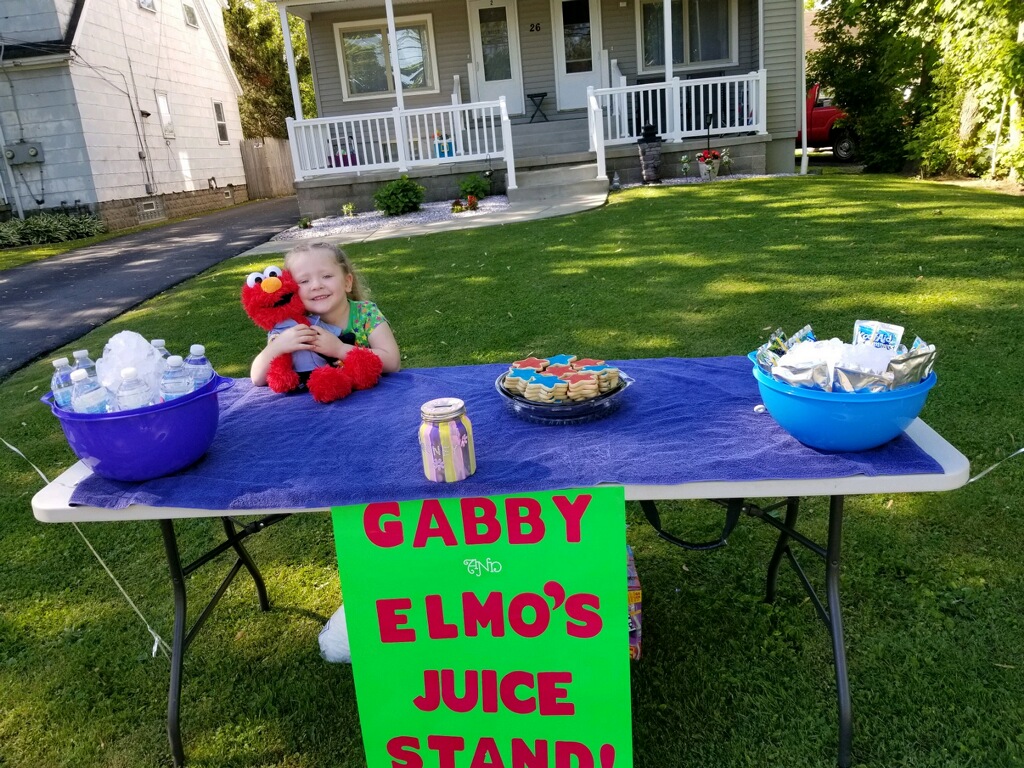 The morning of the yard sale, Gabby assisted in setting up the table with juice, water, and cookies.  With the help of Officer Elmo, she waved down every car that drove by, talked to neighbors, called family and friends, and even paid for her own juice and cookie with money from her piggy bank. She was out all day trying her best.  At the end of the sale, Gabby and I sat down to count the money she made. Never did I imagine she could raise so much in just one day. With the help of family, friends, and our community, Gabby earned $94.52. 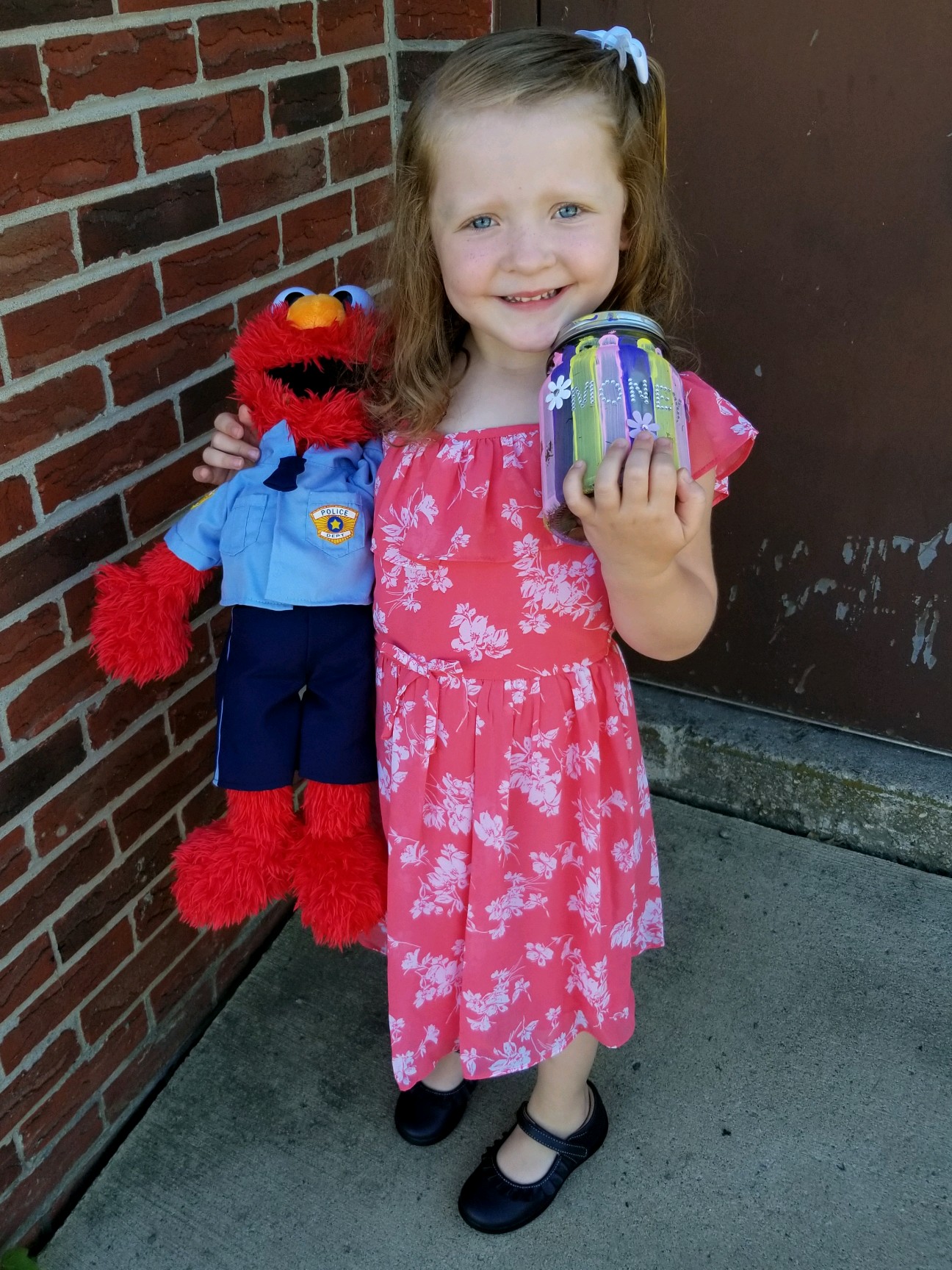 We attended a Blasdell board meeting the following month to present Mayor Hefner with the filled money jar she painted for her lemonade stand.  Although I told the story a hundred times before, telling it in front of our village leaders was a difficult task.  When it was our turn to explain why we were there, Gabby became shy and refused to talk.  I fought to keep my composure and managed to explain Gabby’s idea and accomplishment.  Mayor Hefner and the board members thanked her and applauded. 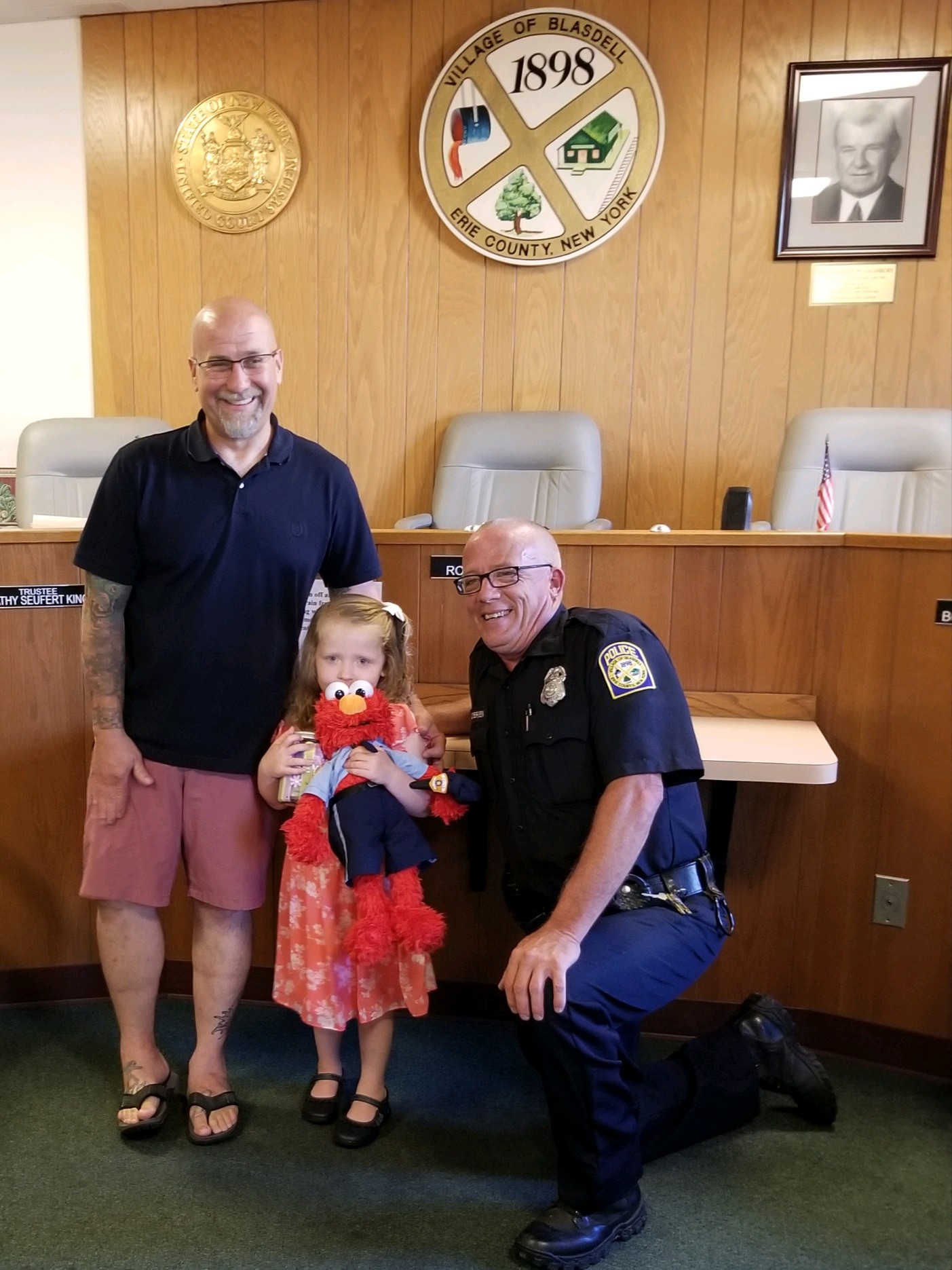 As we were leaving the meeting, she held my hand while walking to the car. She looked at me and said, ‘Mom, it’s nice to do things to help people right?  It makes me feel happy.’ I explained to her that it is very important to help others and how incredibly proud I was of her. We are lucky to be part of such a great community and thankful to all that helped make Gabby’s lemonade stand successful. Most of all, I am again left speechless by an incredible act of kindness that all started with our little girl.  She may be small, but she is unstoppable and has already made a difference in the lives of those around her.  I look forward to see what the future holds for her and how she will continue to bring good things to others. There is a saying, ‘Be the change you wish to see in the world.’ Gabby is doing just that!