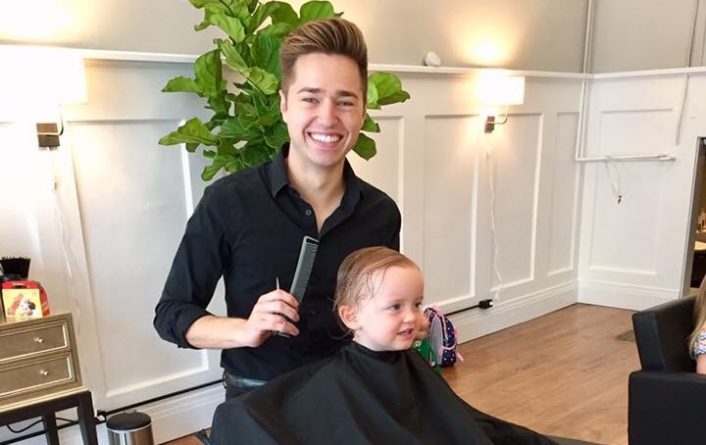 If you haven’t heard of hair stylist Matthew William Langenfeld yet, you will soon.

For those who do know Langenfeld – he’s just the person you need to see on a rainy day. Just spend a few minutes in his chair and you will be consumed by laughter and smiles. He can turn any upsetting conversation into an uplifting one, make you chuckle so hard your belly hurts, and truly make you feel like the best version of yourself. It’s qualities like these that have made Langenfeld the go-to man for hair styling which is why his story of success follows.

Langenfeld is the owner of the newly opened Salon Evoke, located at 822 Elmwood Ave., Buffalo (previously The Bavarian Nut Company). After working in various hair salons in Western New York since he was 17 years old, he decided it was time to put his vision to work. 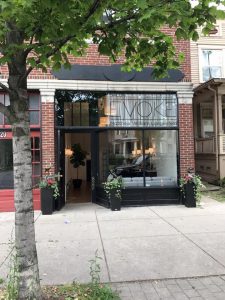 “Within the first couple of weeks working in a salon I remember saying to myself, ‘this is what I want to do. I want to own a salon like this,’ so now here we are.”

Langenfeld’s salon is small and modern in design- not too much and not too little – making clients feel comfortable and relaxed. And while the name “Evoke” may make you think of a high-end or upscale salon, Langenfeld does provide these quality services, but with a humble attitude.

“The word evoke means to bring out from within. My main goal is to make people feel better about themselves – that’s what attracted me to the industry. When my clients leave the salon I want them to leave feeling 10 times better than when they walked in and so finding the name was so important to embody that,” he said.

The decor inside the salon also embodies Langenfeld’s personal style. He was able to turn a cluttered space into a work of art – a talent that brought him to his next success story.

Saving enough pennies over the years, Langenfeld bought his first rental property on the Elmwood Village in 2014.

“I fell in love with the village. The people, the community. Growing up on an Air Force base, you have a strong sense of community with your neighbors and coming to the Elmwood Village, where the houses are so close together and there’s so much diversity, there’s a strong sense of community and everyone is helping each other out and everyone wants the neighborhood to be better.”

But tragedy struck last year when Langenfeld lost his best friend, his brother, Jeffrey, in an industrial accident.

“I was at work and I got the phone call from my dad that something had happened and then to hear that your brother was killed in an accident, it rocks your world. You think you know what you want in life but you see that can change in a moment… in an instant.”

Langenfeld knew he had to do something to make his brother proud and being unhappy wasn’t one of those things.

“It changed my perspective on what I wanted and what I was willing to sacrifice to get there because who knows what tomorrow holds. You have to constantly go after the things you want in life and no one can tell you that you can’t have those things.”

Langenfeld now owns 15 apartments across four buildings in the Elmwood Village under the name M.W. Langenfeld Properties LLC. He says he often talks to his brother at the salon and while getting work done on his properties. And while it never gets easier, he knows his brother is looking down on him with a smile.

Langenfeld looks forward to the future of bettering the Elmwood Village… keeping his brother close to his heart.

If you’d like to have your business featured on Sweet Buffalo, email us at sweetbuffalo716@aol.com to learn more.