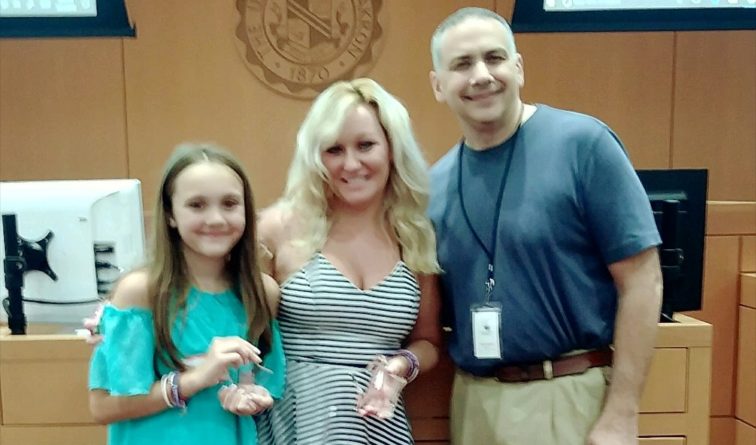 In 2008, Agnes Starr of Amherst was blessed with a beautiful daughter. But shortly into her pregnancy she didn’t feel like herself. Sharp pains in her head that felt like brain freezes left her unable to walk.

“My ex husband had to carry me to the hospital,” said Starr. “I couldn’t walk up stairs, I was fatigued, I had these bizarre symptoms.”

But doctors didn’t want to run an MRI while she was pregnant. She waited until after she had her baby and when the baby turned 9 months old, Starr was diagnosed with a rare brain condition – Chiari. Chiari is a serious neurological condition in which the brain herniates through the skull putting pressure on the nerves and spinal cord causing debilitating pain and life threatening symptoms. The serious condition affects 300,000 people worldwide.

“I was surprised how little research there was out there for Chiari and the outcomes were very poor,” said Starr. 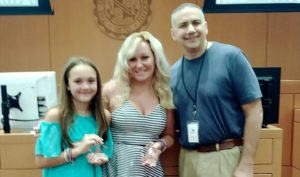 Chiari is also genetic and Starr worried she might have passed the disorder onto her daughter. Unfortunately, she was right. Her daughter fell off a child’s motorized jeep and hit her head. That is when doctors diagnosed Starr’s daughter as well. Starr never got surgery herself because the chances of it being beneficial are 50/50. It could get better or it could get worse.

So Starr and her daughter do the only thing they know how…raise crucial funds for research for the Conquer Chiari Research Center. In total, they’ve raised more than $140,000 throughout the years with a 5K walk and fun run.

“It’s funny because my daughter cried to me two years ago and said she wanted me to stop doing the walk because I was on the phone and computer too much. We actually lost a close friend to Chiari, so I took a break, but this year she said she wanted to do it again. It warmed my heart,” said Starr. 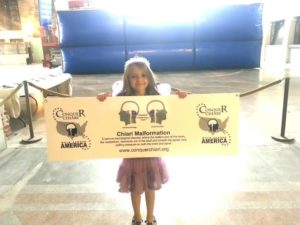 Starr’s daughter recently received an award in Ohio for getting her first corporate sponsor for the fundraiser.

“We received a tour of the facility and it was so nice to see that the funds are going directly to research. There are volunteers across the county raising money and it’s good to know our hard work is paying off.” 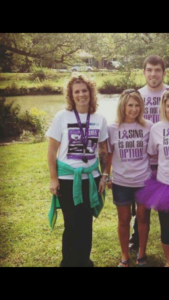 Starr and her daughter will host the Conquer Chiari Walk/Fun Run noon Sept. 22 at Ellicott Creek Park in Tonawanda. The walk will be held in memory of Starr’s dear friend, Darcy Ann Sanders, who lost her battle to the condition. For more information contact Agnes at 716-691-7717 or email buffalonyconquerchiari@gmail.com. If you’d like to become a corporate sponsor, the deadline is midnight Sunday, Aug. 5. Pre-register for the run at www.conquerchiari.org.

Those who pre-register by Aug. 15 with a $25 or more donation will be guaranteed a walk shirt and food ticket. Niagara Falls, the Peace Bridge, and the Electric Tower will all illuminate purple the evening of the walk to recognize September as Chiari Awareness Month. Governor Cuomo, Mayor Brown, and Senator Ranzenhofer will also deliver proclamations. World of Beer at the Walden Galleria is donating the proceeds from a keg of Southerntier Pumpking on Sept. 1 to help kick off Chiari Awareness Month.