11-year-old with rare disorder draws incredible photo of Josh Allen with his mouth!

“It’s fascinating for him to watch people move and I think that’s why he loves watching the Bills and Josh Allen play so much. He aspires to do what they do and he looks up to them.”

Football may just be football to some…but to one 11-year-old boy battling a rare disorder that has taken away his ability to use his arms and legs, football is what inspires him to keep going. 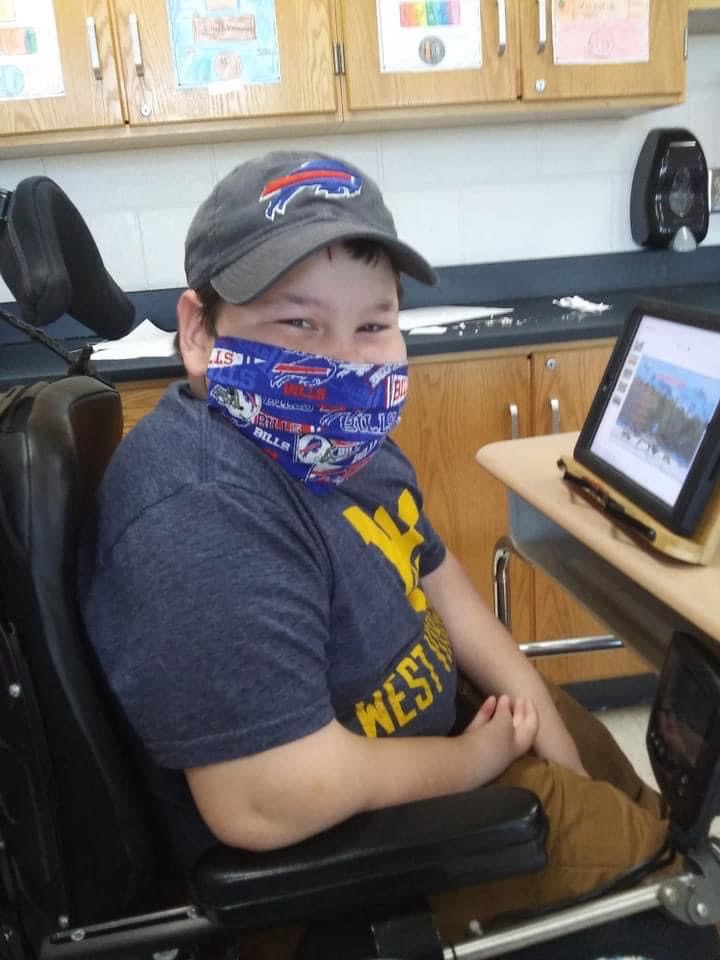 Graysen Ripic of Owego, N.Y. was born with Arthrogryposis Multiplex Congenita (AMC), a condition in which joints become permanently fixed in a bent (flexed) or straightened (extended) position, completely or partially restricting the movement of the affected joint. Graysen’s condition has caused him many limitations including the inability to move his arms and hands, as well as much difficulties with walking.

“He was born in a permanent Indian-style position. Graysen’s journey to walk has been very long. Graysen has had 14 orthopedic surgeries in an effort to correct his leg position and to increase leg extension. It has been quite a journey for us,” said Jeanni Midolo, Graysen’s mom. 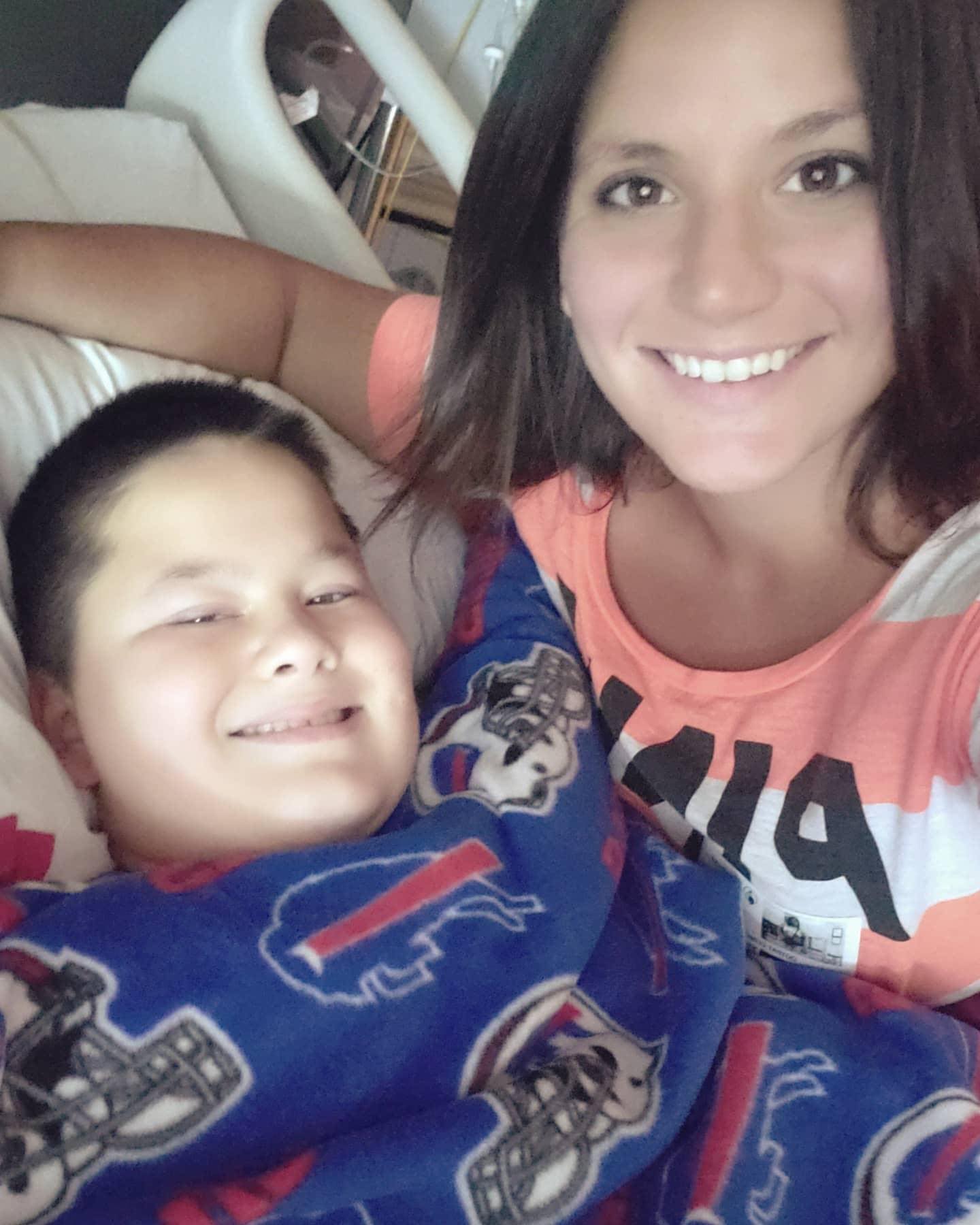 Since Graysen has no use of his arms or hands, he’s learned to navigate his world by operating his power wheelchair with the use of a joystick he operates with only his chin. His mom says he’s a phenomenal driver. He has overcome this barrier, pertaining to his arms, by learning how to write and color with his mouth which is why a recent Facebook post from Graysen’s teacher’s aide caught everyone’s attention.

Graysen attends Owego Apalachin Middle School and his teacher’s aide Amy McManus-Palmer was astonished when Graysen showed her his drawing he worked on in his free time at school. It was a colored picture of Graysen’s favorite Buffalo Bills quarterback, Josh Allen, that he drew and colored using only his mouth. 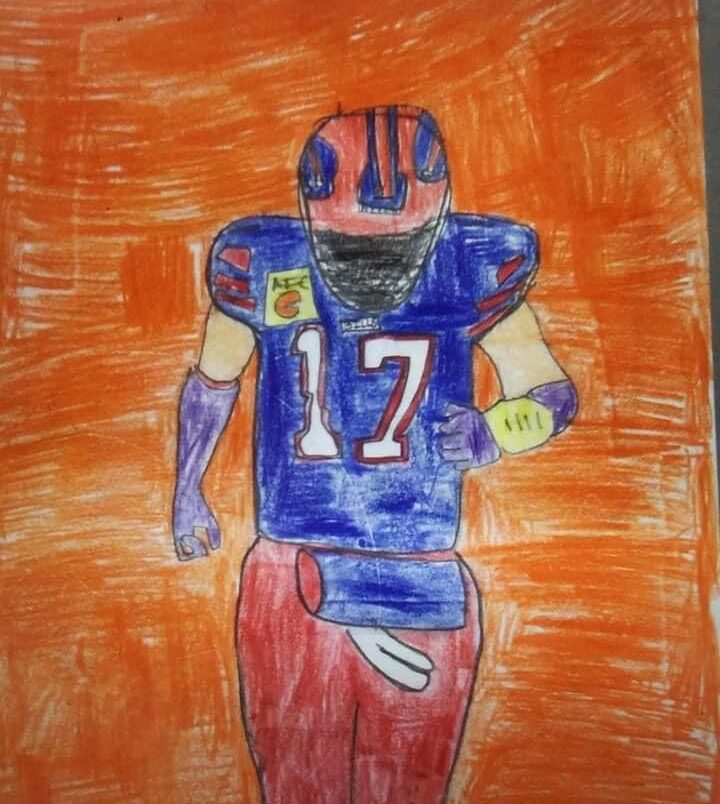 “Graysen relies on his power wheelchair more now than ever as a result of surgical complications and as a result has been able to work towards his goal of standing/walking. At a very young age Graysen learned to operate his iPad with his mouth. He’s really good at it and he does things better using his mouth than I can using my hands,” said Midolo. 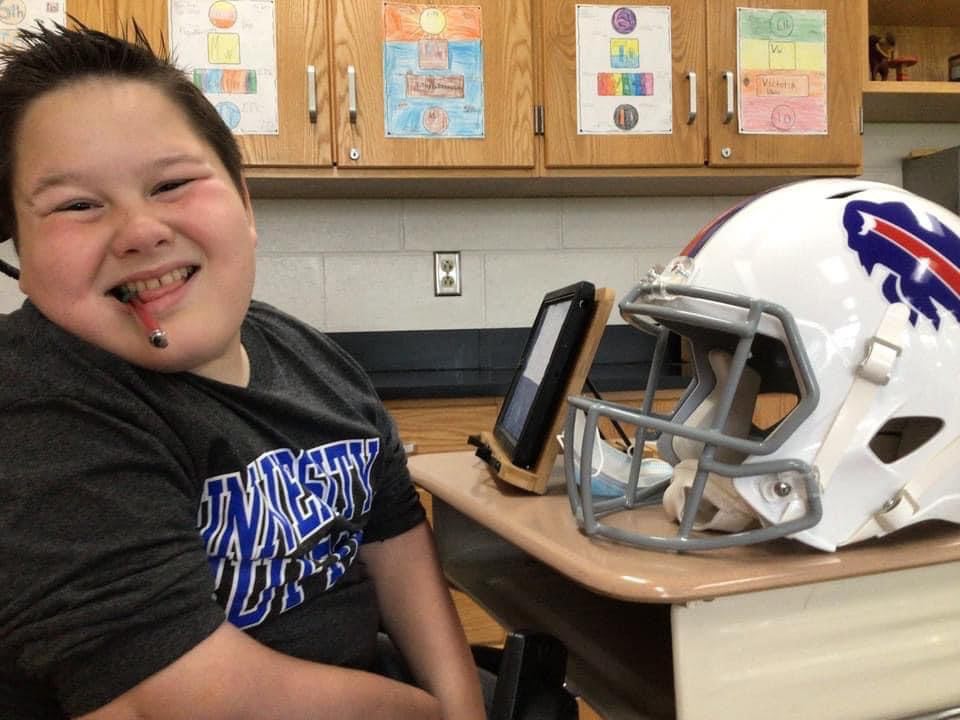 Midolo says Graysen’s stepfather is a huge Bills fan and Graysen gained a love for the team through him. His entire bedroom is Bills-themed, he was Josh Allen for Halloween, he had his mom decorate his cast in Bills Zubaz colors after surgery, and he insists on wearing his Bills hat every day and bringing his memorabilia to school to show his friends and teachers. 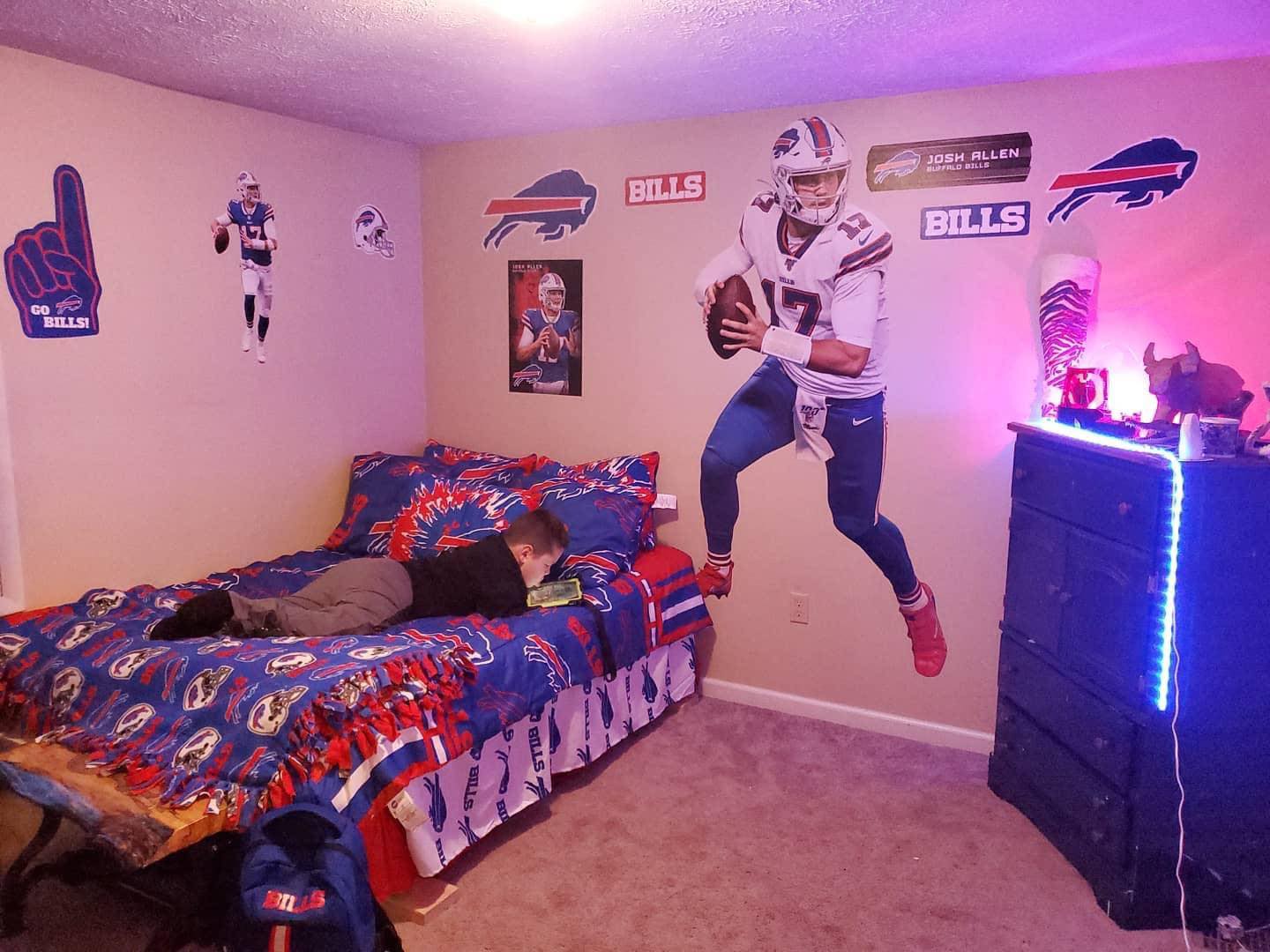 “He always says if I ever get robotic arms and legs, I want to play for the NFL,” said Midolo. “It’s fascinating for him to watch people move and I think that’s why he loves watching the Bills and Josh Allen play so much. He aspires to do what they do and he looks up to them.” 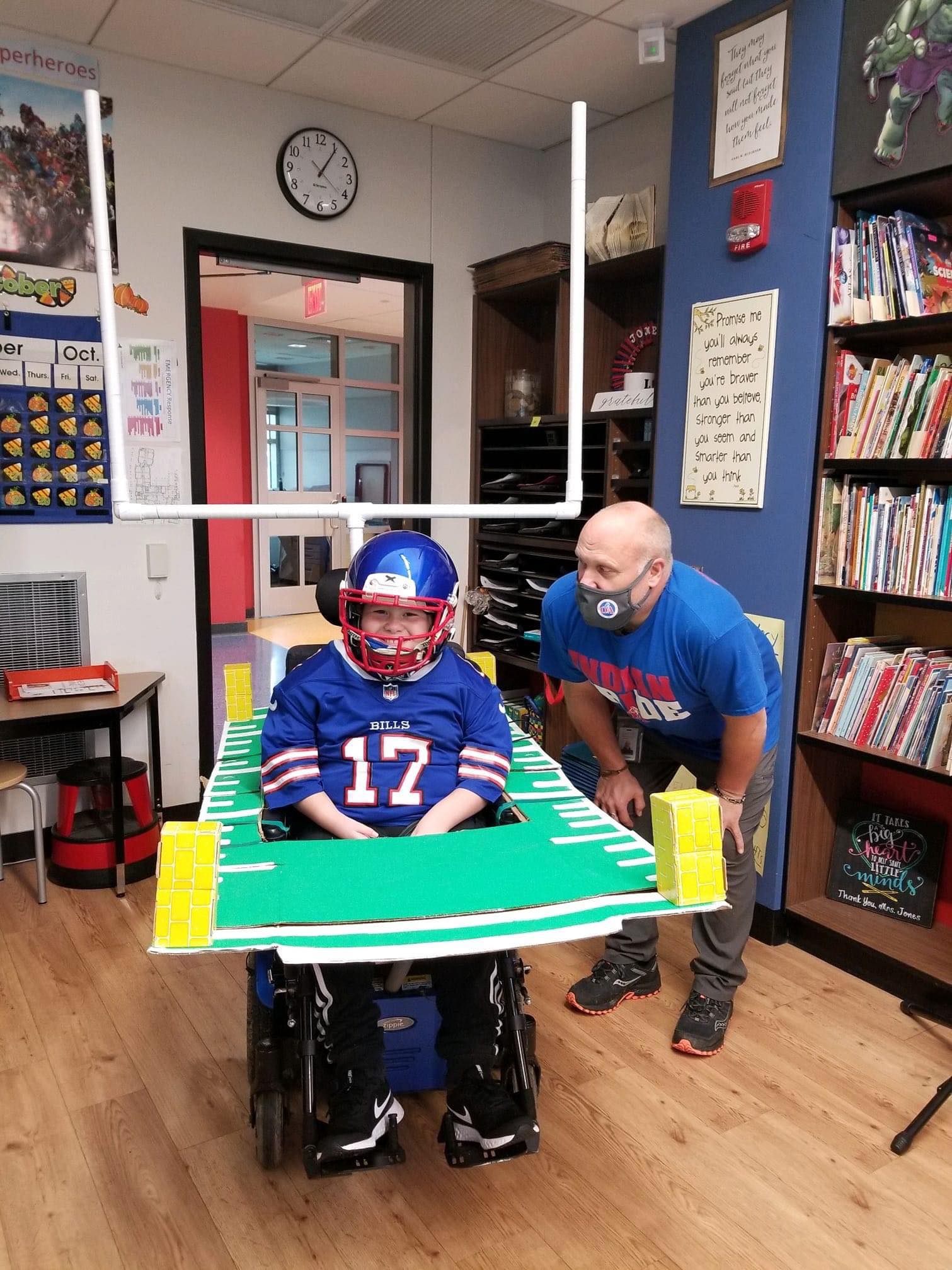 Midolo says her son doesn’t know it, but he’s the one who inspires her to be strong. 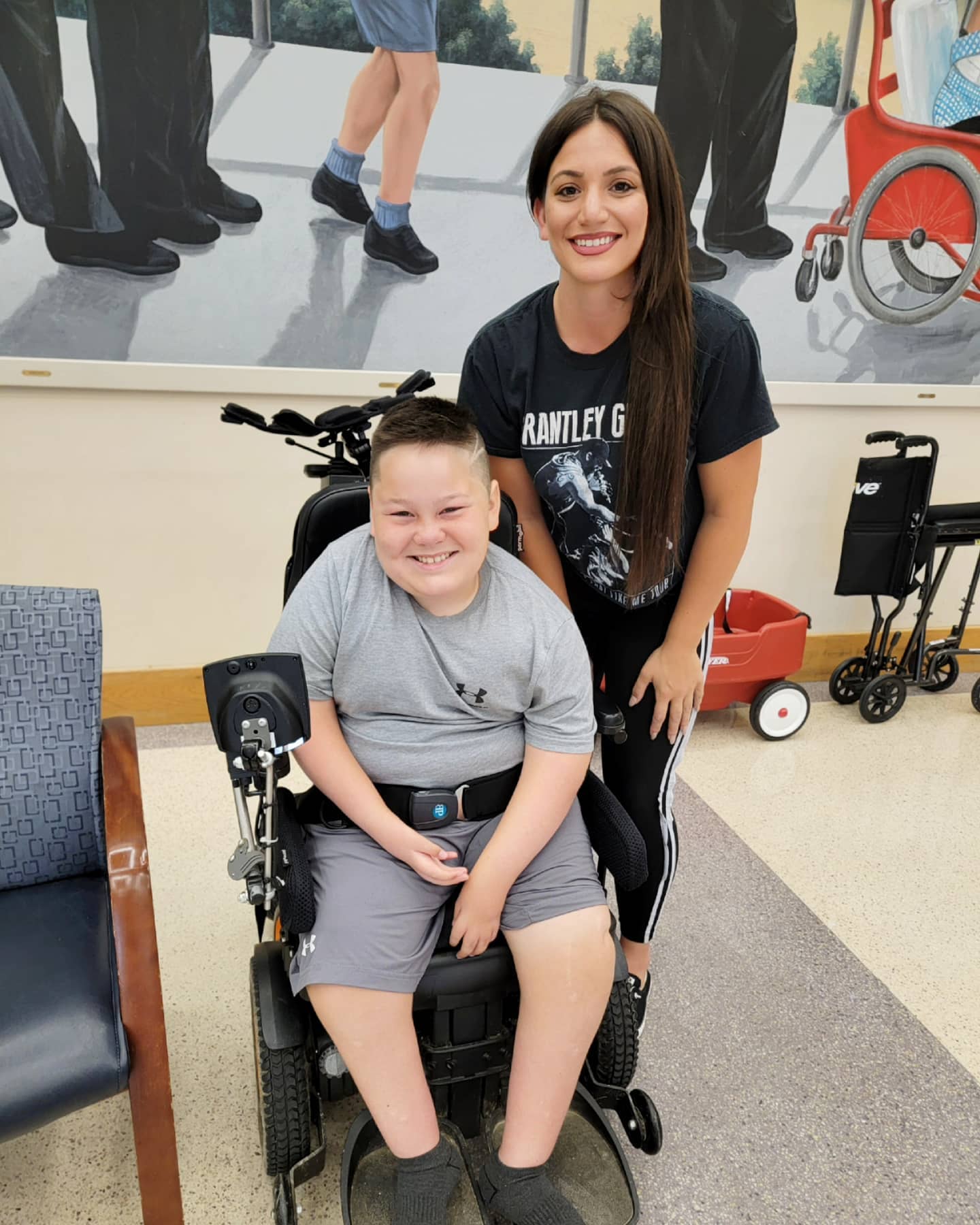 “Graysen shoves his disability aside like it’s nothing. He’s much better than I am. I become emotional and he doesn’t skip a beat. He’s incredibly positive and he forces me to be positive. He holds us both up, he just doesn’t know it.” 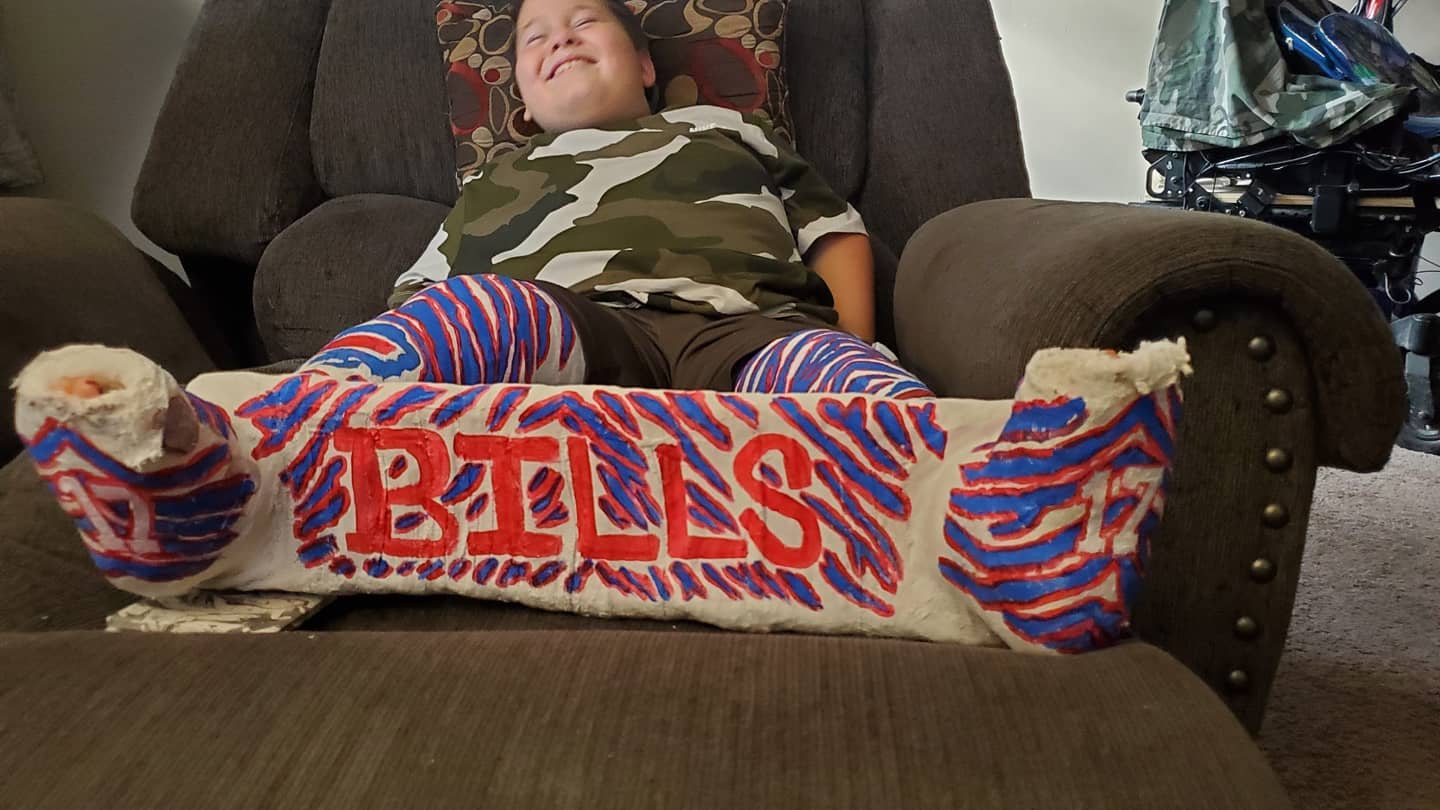 His teacher’s aide feels the same.

“Graysen has changed my life in so many ways. I realized I have taken so many things for granted. He is amazing and I hope Josh Allen can enjoy this knowing the little guy just thinks the world of him,” said McManus-Palmer.

Graysen’s picture of Josh Allen has been shared more than 1,000 times on Sweet Buffalo to hopefully grab his attention. Our friends at Bellreng’s Towing & Automotive also heard his story and donated their tickets to Sunday’s Bills game to Graysen and his mom. Graysen will now get to see his favorite Bills player live from the Bud Light Club. 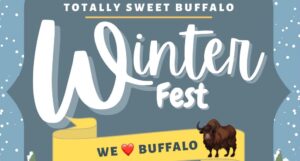 “We want to give them – and Buffalo – a reason to celebrate shopping local and have fun while doing it.” 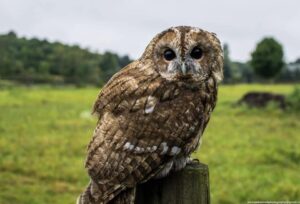 “Hawk Creek Wildlife Center rescues wildlife animals from all over the country that have no place to go.” 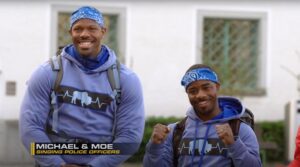 Singing Cops get second chance at ‘The Amazing Race’

“To get a once-in-a-lifetime opportunity twice is truly unbelievable!” 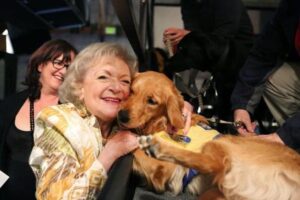 Local rescues to donate to in honor of #BettyWhiteChallenge

“Animals don’t lie. Animals don’t criticize. If animals have moody days, they handle them better than humans do.” – Betty White

Don't miss out on all the goodness happening in your community!

with our newsletter including sweet people, sweet businesses, sweet events, and more!