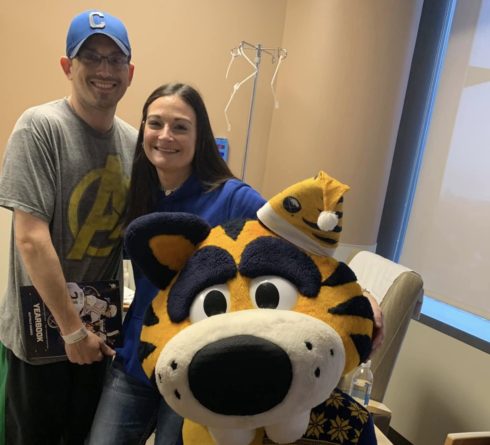 A local couple knows far too well how a cancer diagnosis can break you, but since Marisa met her fiancé, Joe, his battle with the terrible disease has brought them closer together. Here she shares their story. 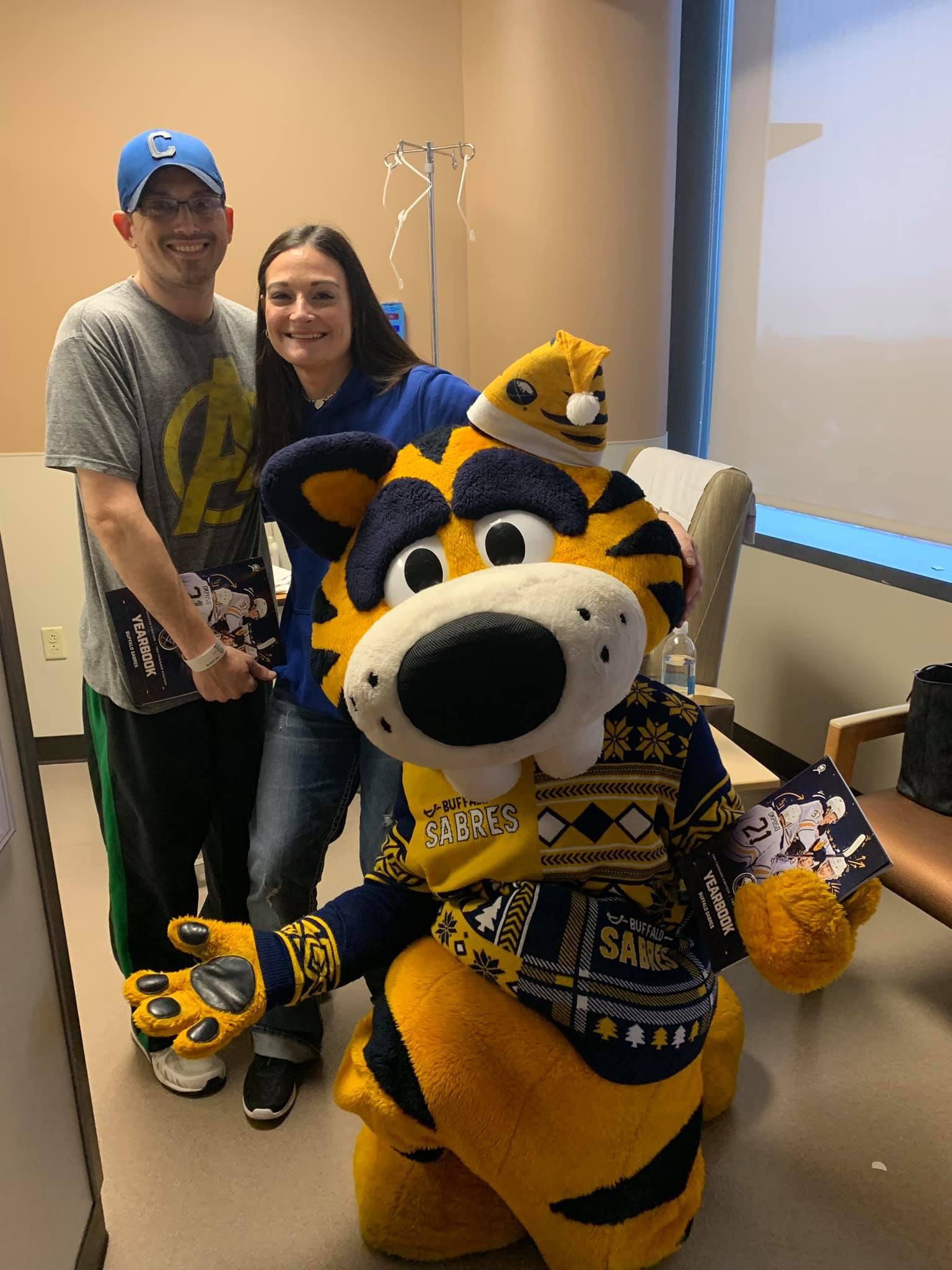 “In the fall of 2003, through a mutual friend needing a ride, I was introduced to my now fiancé, Joe. My friend Gabe asked me to stop by Joe’s house to grab something. I saw Joe come out of the garage. He was walking with a cane and had a slight limp, but had this huge smile plastered on his face. I knew then that I wanted to know him.

Throughout our first few months together, Joe started to share his stories with me about his battles with childhood cancer, the fears associated with that, and his hopes for a healthy future.

We moved in together and started our lives. We both remained positive that the cancer was gone and he’d never get it back! We continued to take him to Roswell every six months for routine scans to check to ensure his bone cancer didn’t come back. It was during one of these routine scans in 2006 that his pediatric oncologist met with us after to let us know he had masses on his thyroid and he needed to have surgery ASAP. The surgery was done and successful. Once again we were relieved cancer was behind us. 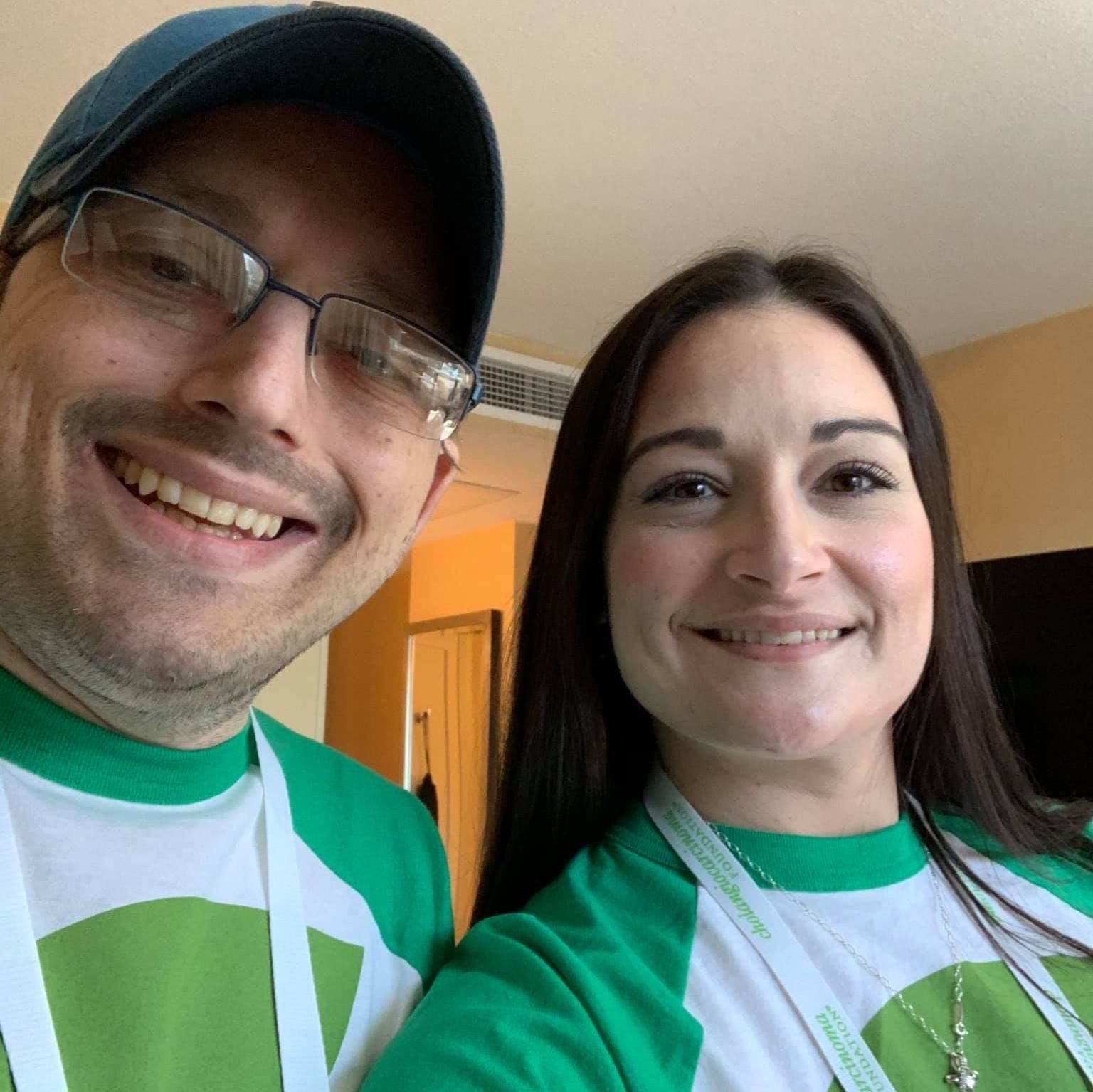 We spent the next 13 years together living life, loving one another and moving forward, trying not to dwell on the past medical issues Joe had. We bought a house in October of 2009, moved in and went on with life as any couple would.

Joe proposed to me on Sept. 4, 2018, but sadly three short months later on Dec. 3 after some weight loss, (which he blamed on his missing thyroid) Joe was given a diagnosis that has forever changed our lives: Stage IV intrahepatic cholangiocarcinoma (Bile Duct Cancer) which has spread throughout his lymph-nodes.

He started chemotherapy Friday, Dec. 21, 2018. He has now completed six doses/three cycles of chemotherapy and next week is when we are told if chemo has done anything to help shrink or at least stop growth of his tumors.

We are having an event to help raise funds for Joseph’s battle. We are hoping this event will be a huge success.

Currently, we are still awaiting DNA results to let us know what options he has after chemo. He is inoperable at this time, however, we hope to change that.

If the DNA does not have any actionable mutations we will then turn to clinical trials. Western New York currently has no local trials for his cancer so we will have to leave our home city/state.

Clinical trials can cost anywhere from $5 a day to hundreds a day. We are currently saving in order to be able to afford whatever treatment he needs next.”

A GoFundMe page has been created to help Joe with medical expenses. There will also be a benefit for Joseph Caprioli from 6 to 10 p.m. March 8 at the Fraternal Order of Eagles, 4569 Broadway, Depew. Tickets are $25 each with a chance to win a door prize for a 50-inch LG 4K TV donated by West Herr Toyota. Contact Carla at 716-548-1112 or   cjangel78@gmail.com for tickets or to make a donation.

If you believe in the power of love, please share Joe and Marisa’s story. ❤️