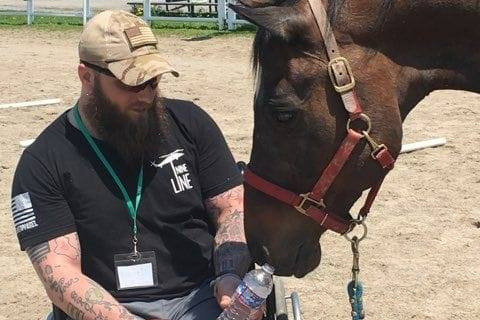 The Western New York community is rallying to help a local veteran with a wheelchair accessible home.

Matt Daniels of Niagara Falls served with the United States Army from 2006 to 2010. During that time, Specialist Daniels received numerous awards including the National Defense Service Medal , the Iraq Campaign Medal with Campaign Star, as well as the Combat Infrantry Badge, among others. While fighting to protect our country and freedom, Matt was injured in an EID attack. Unfortunately these injuries have led to progressive nerve damage to his legs, leaving Daniels dependent on a wheelchair. Matt and his wife, Kristin, have four children and live in a home that is not wheelchair accessible. That’s why the community has come together to change that.

”Let’s give back to a man who has already given us and our country so much,” read the GoFundMe page.

If you would like to make a donation, you can do so here: https://www.gofundme.com/f/hands-helping-heros.