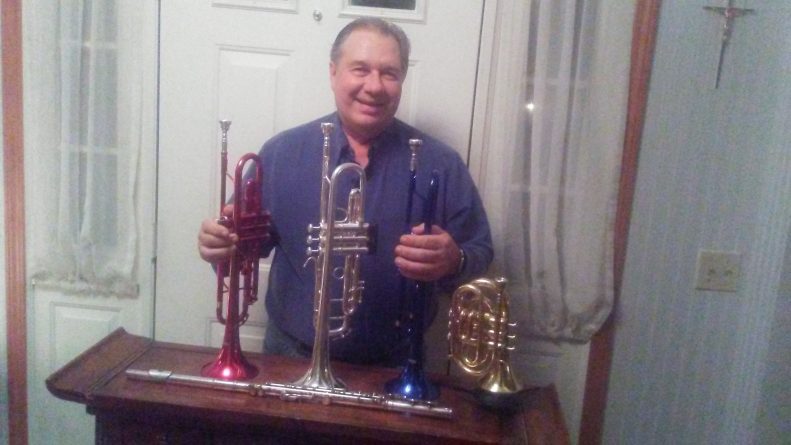 You may have heard of trumpet player Dennis Krupski. This Buffalo native has enjoyed a long, successful career in music. Now retired from working 36 years at ECMC, Krupski looks for ways to give back. Aside from volunteering his time with Meals on Wheels, he recently started playing taps at military servicemembers funerals free of charge. 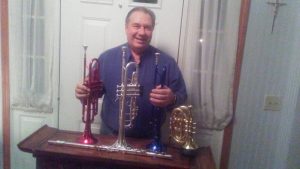 “The idea came to me this past spring when I attended a military funeral and the trumpeter put a plastic bugle to his mouth and a recording of taps came out,” Krupski said. “It was very faint and I just thought these solders deserved a real version of taps, not a meek recording.”

Krupski started his journey in music when he was 9 years old. He began taking lessons at a local music store in Cheektowaga and by age 13, he was performing professionally. He and his six brothers traveled the country playing in the polka band “Krew Brothers,” which was founded by the eldest four Krupski brothers. The act went on to record four albums in the 1970s  and were recognized as one of the top polka bands in the U.S. at that time. 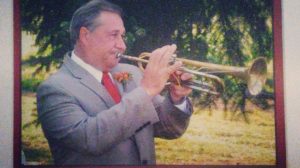 In 1985, Krupski left The Krew Brothers and started The KB Express Band. That group had success in Western New York and was one of the most popular area acts to book for weddings and corporate events for more than 20 years. He recently started his own one-man act called DJ Brass. A multi-talented musician, Krupski performs tunes on flute and trumpet, and sings songs from the Great American Songbook.

He recently played taps this past Veterans Day for a Marine’s service in Varysburg, N.Y. The servicemember was 87 and died of natural causes. To date, Krupski has played at more than 14 funerals. He wants to let the WNY community know that he’s willing to donate his time to our heroes who selflessly defended our country.

“I’m happy to do this for such a worthy cause,” Krupski said. “I’m looking to spread the word.”

Worthy cause indeed. If you know a family who would like taps to be performed at a servicemember’s funeral, call Dennis Krupski at 716-998-3623 or email djbrass1@aol.com.