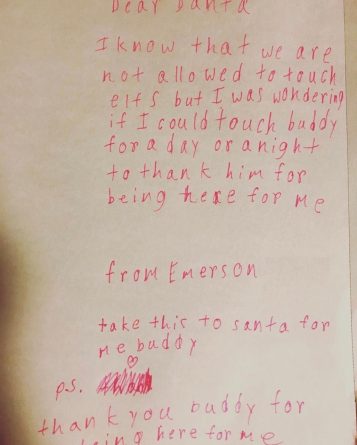 In a few days, The Elf on the Shelf will return to homes and Facebook feeds across America. The Elf is sent from the North Pole to help Santa Claus make his lists of “naughty and nice.” Once adopted, and given a name, the Elf receives magical powers and pays special visit to Santa each night to report about what happened that day. 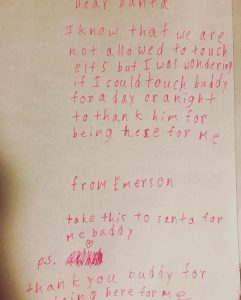 A 7-year-old Buffalo girl named Emerson knows that you’re not allowed to touch the Elf, for fear that he may lose the magic powers. Christmas magic, is very much alive for Emerson. She wrote a special note to Santa Claus, asking to hug her Elf “Buddy” just once to thank him for always being there for her.