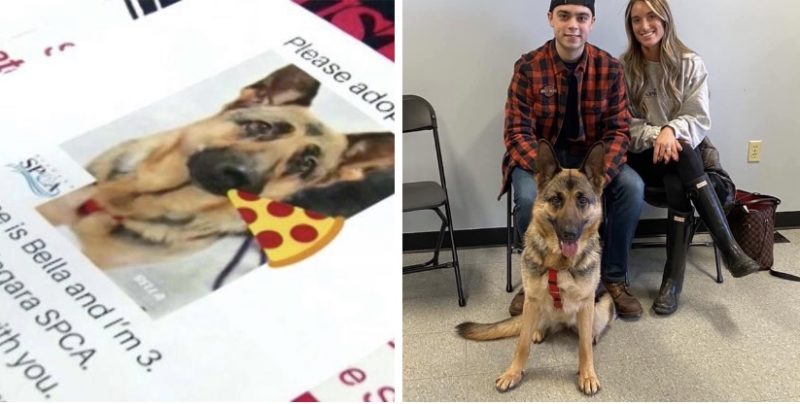 It’s been a little over a week since Niagara SPCA and Just Pizza in Amherst announced that they were putting flyers of shelter dogs on pizza boxes to help them get adopted and since the story went viral, several dogs have found their forever homes! 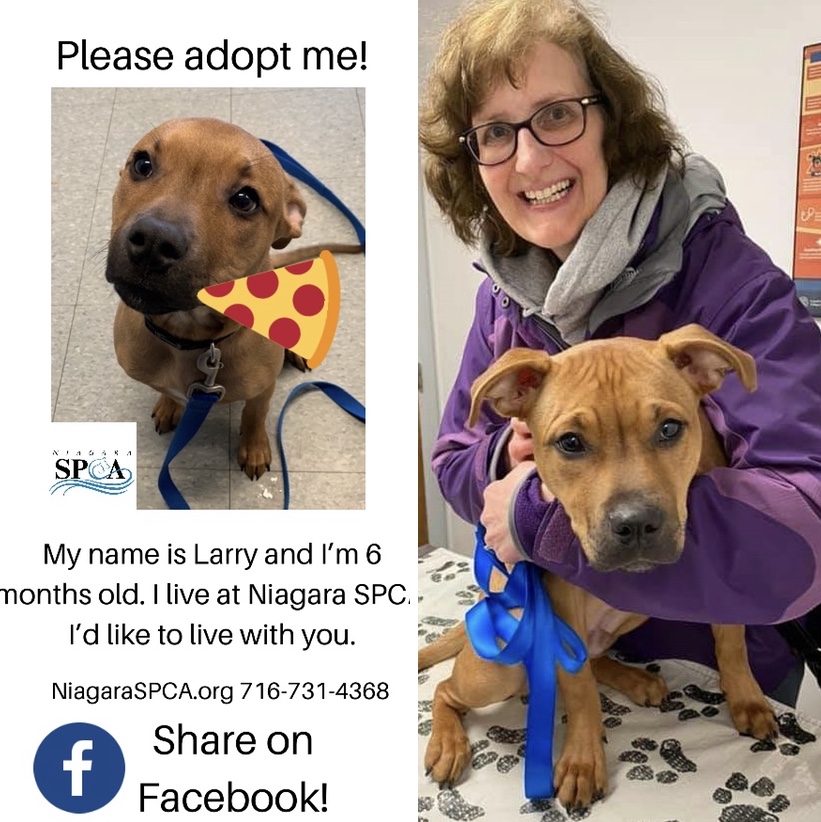 Larry, a 6-month-old pup, was the first dog adopted who was placed on the pizza box! His beautiful face was also featured nationally on shows like Headline News Live and Good Morning America! His new mom says she didn’t know she was adopting a celebrity! Larry is doing great in his new home and is as sweet as can be! 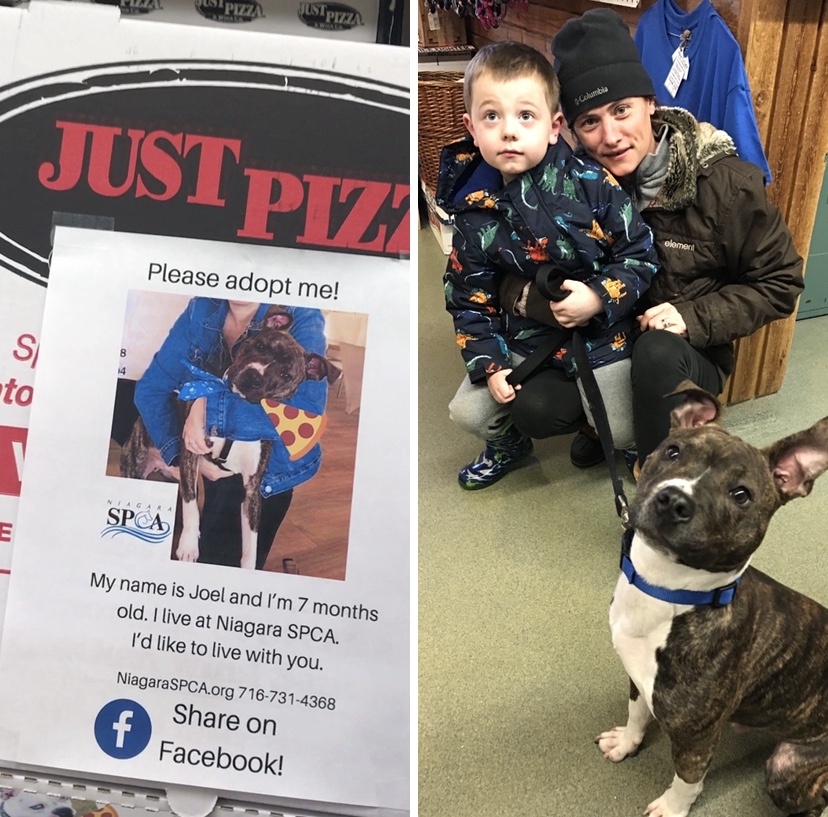 Joel, a 7-month-old pitty mix, found his forever home just a few short days after being on the Just Pizza box! His family was so excited to adopt him! 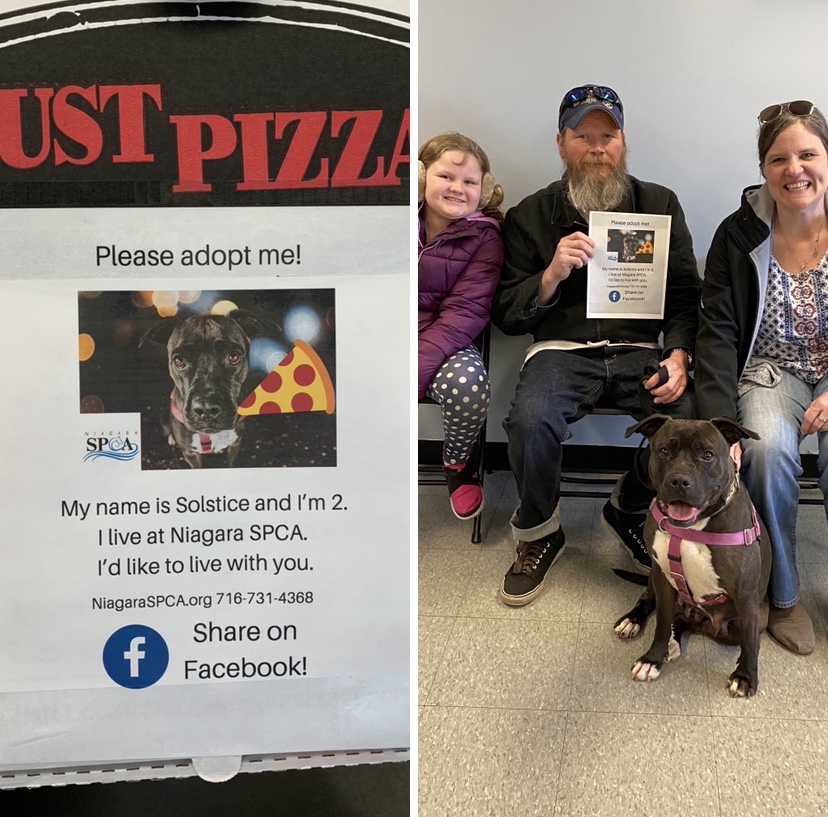 Two-year-old Solstice, Niagara SPCA’s longest resident and one of the first dogs on the Just Pizza boxes, came to Niagara SPCA last year after being left on the side of the road in a crate. Solstice’s story turned into a beautiful one because the sweet young lady with the big smile on her face had met Solstice before and when she saw she hadn’t been adopted in a very long time, she broke down in tears. Her parents then decided to take Solstice home! 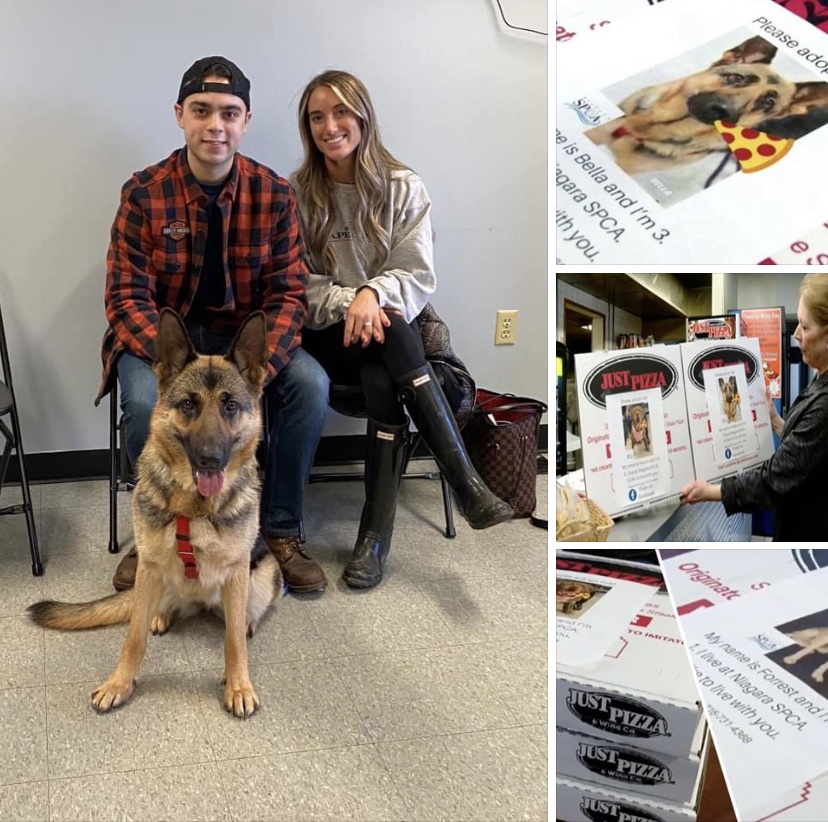 Bella, a 3-year-old German Shepherd, who was featured on local and national news from the Just Pizza boxes was adopted by a wonderful couple! 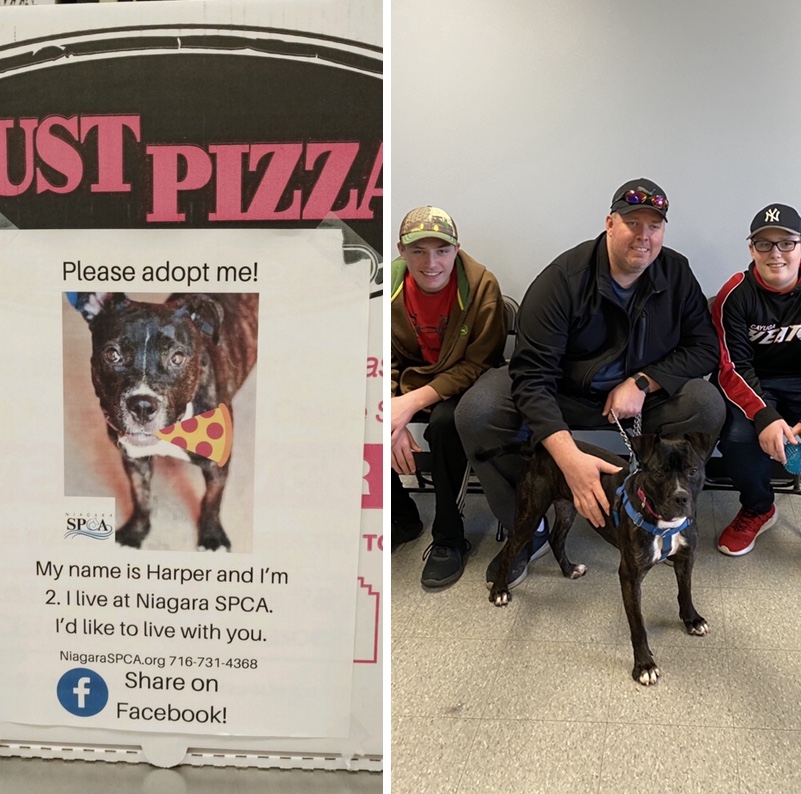 Harper, a 2-year-old pitty mix, who had been overlooked for a while was finally adopted by this amazing family!

And the pizza box promotion has been giving the animal shelter so much publicity that some flyers aren’t even leaving the pizzeria before the dogs are adopted! 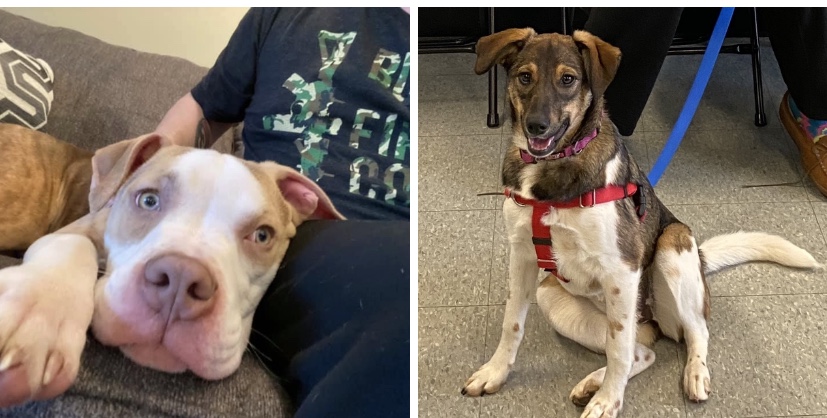 That’s what I call stealing a PIZZA-YOUR-HEART! 🍕❤️

You can support the shelter dogs of Niagara SPCA by purchasing a Pizza + Pups T-shirt for a limited time! Get yours here: https://inktothepeople.com/pizza-and-pups-to-benefit-niagara-spca 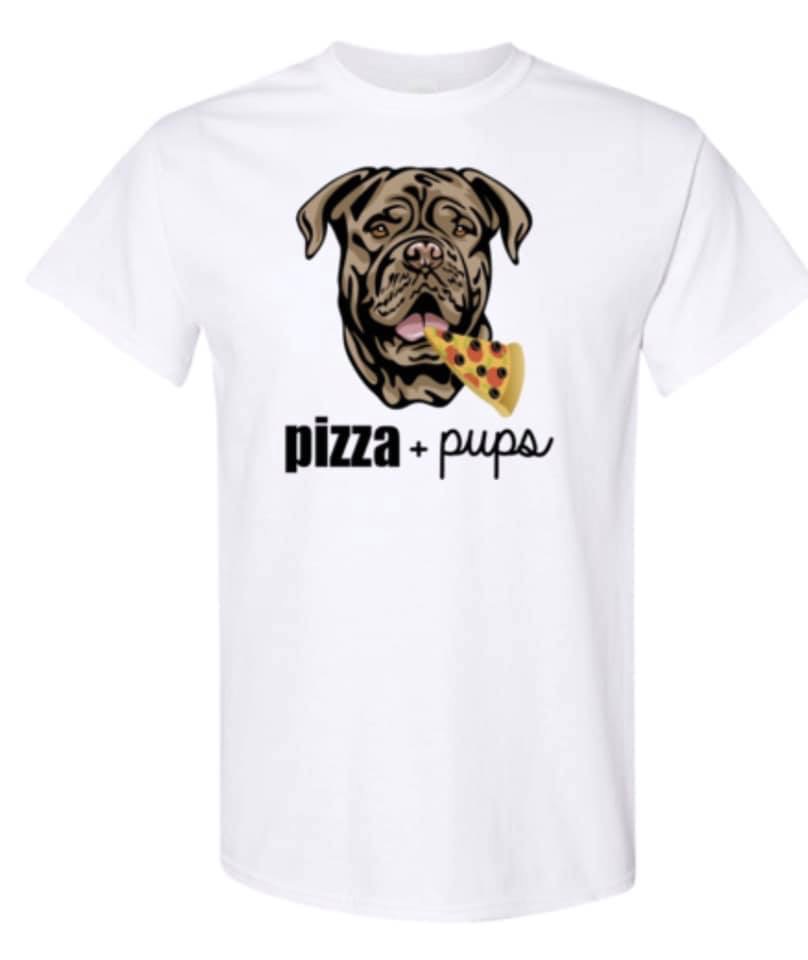 Local pizzeria puts shelter dogs on pizza boxes to help them get adopted!