Peter Piper the pig is one lucky animal. 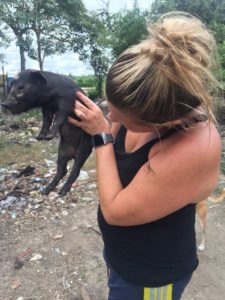 He was found by animal rescuer and former Buffalonian, Maureen Cattieu, as he was choking on a plastic bag in Colombia. She begged his owners to let her take him so he wouldn’t be killed. 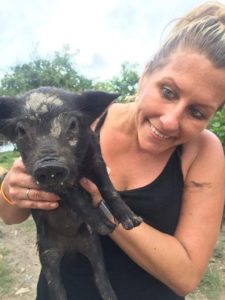 “His mom was alive and she just had received a horrible slash to the face with a machete for eating the neighbor’s garden. Peter came along first and was choking on a plastic bag and then he ran off terrified and I ran after him,” said Cattieu. 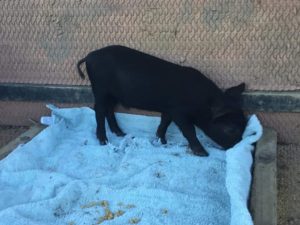 The owners agreed to give Peter Piper to Cattieu and she hid him in her apartment until she could find him a permanent residence. The two grew very close and as sad as she was to see him go, she knew she needed to find him a home fast.

On Thanksgiving day, they embarked on a 22-hour drive to a vegan animal sanctuary in Chia-cundinamarca.

“I have had such guilt leaving him but he is so happy and it is a good place, but I want him with me,” said Cattieu. 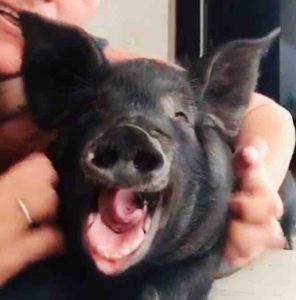 Thanks to generous donations to help Piper Pig, Cattieu was able to build a home for him where he can live for the next 20 years and grow to be 200 pounds. 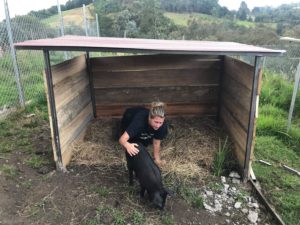 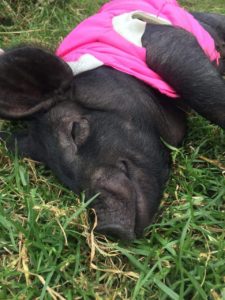 It’s safe to say, this is one lucky pig.