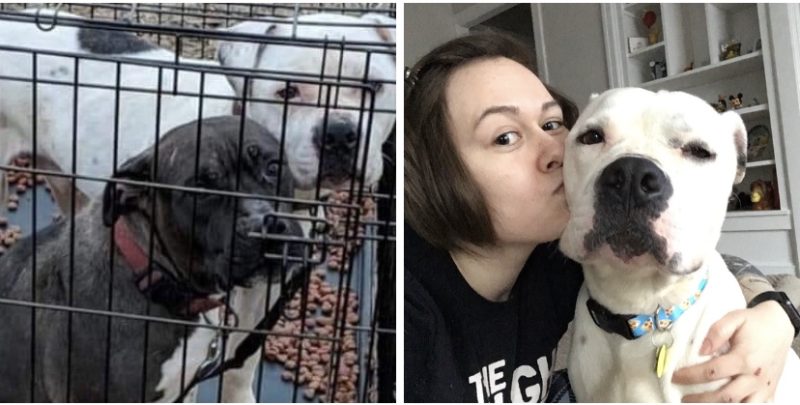 It was just last month that we learned of the terrible news that two dogs were abandoned on the side of the road in Newfane, locked in a crate with nowhere to go. 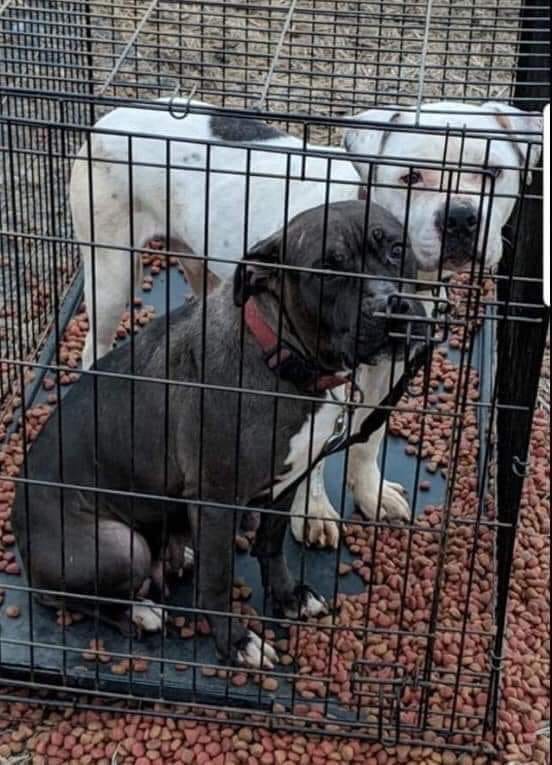 The dogs were left with  no water and food was scattered all over. Why someone would ever do that is unimaginable, but thankfully one of those dogs just got a new leash on life. Equinox, now Roxas, a white pit bull mix, was adopted from Niagara SPCA by 25-year-old Bri LoCurto, who always wanted her own dog.

“I actually took the apartment I’m in right now specifically because they didn’t have a breed restriction,” she said. “I have always wanted a pit bull mix because they have a stigma attached to them and I wanted to at least help one if I could.”

So, on a whim Saturday, LoCurto went to Niagara SPCA with her friend to take a look at the dogs available. She wasn’t planning on adopting one just yet, but then she fell in love with the first dog she met. 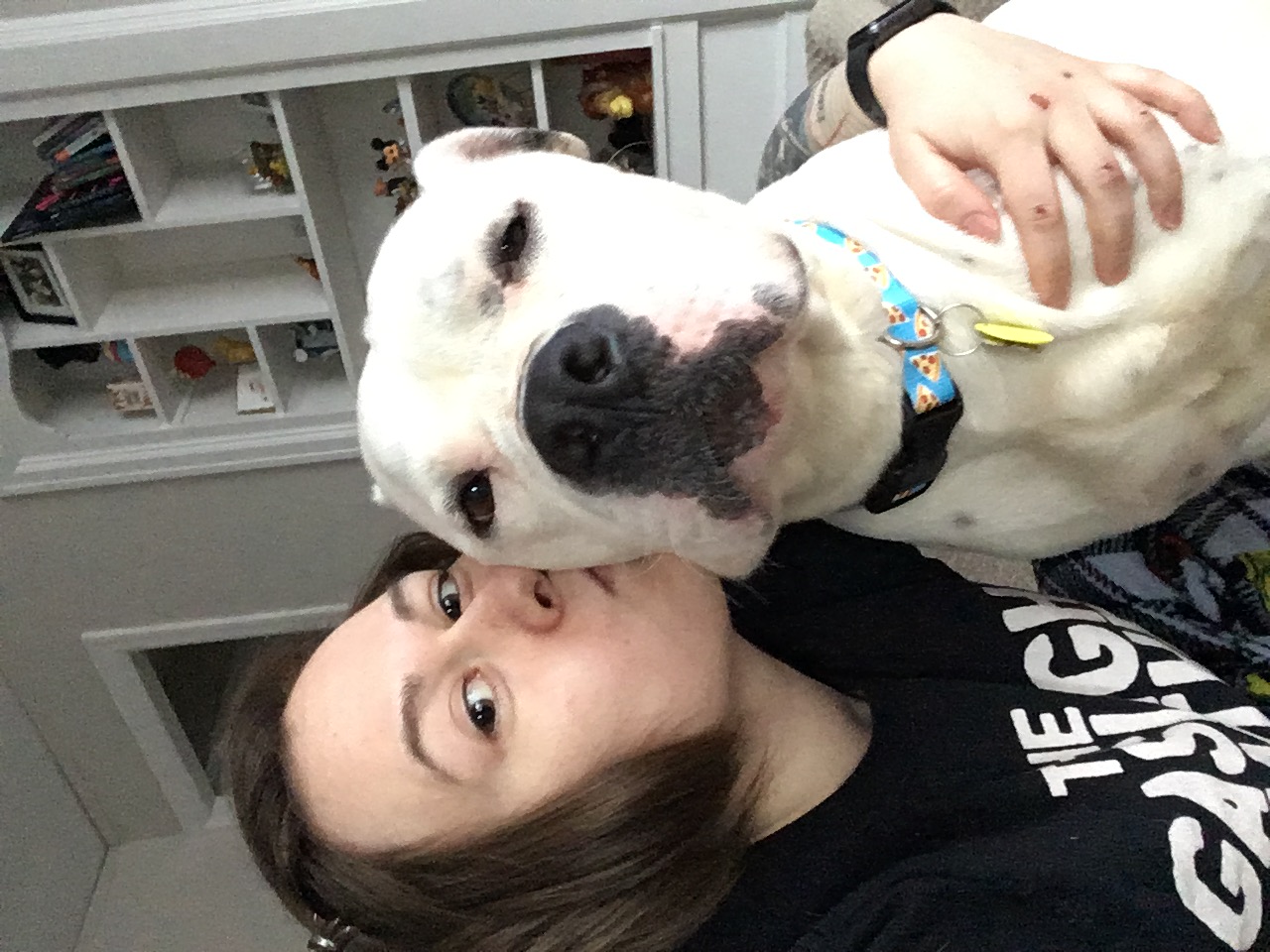 “He’s such a good dog. He seems so friendly and trusting that  number one, I can’t believe anyone would want to get rid of him at all and two, abandon him like that.”

But when LoCurto first met the sweet and lovable dog, she had no idea what he had been through. Now she’s just happy she’s able to give him a home he truly deserves. 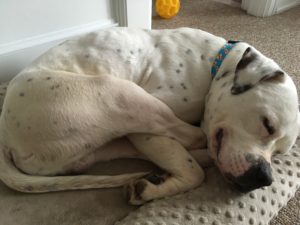 “I think we’re going to enjoy our time together. I live right by Forest Lawn and Delaware Park, I think he will really like going for walks there. Even the walks we take already around my little block here, it’s a really pretty area when everything is starting to bloom. I just want to give him the best life.” 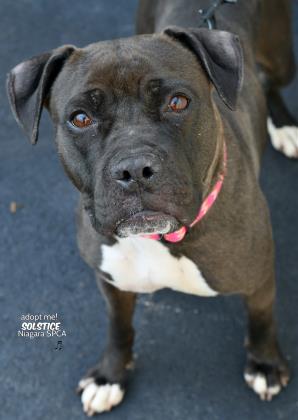 While this pup’s story has a happy ending, her sister who was also left in the crate is still in need of a home. Her name is Solstice. Call 716-731-4368 and considering giving her a beautiful home, too.

Story first covered by Mia Summerson of the Niagara Gazette. Read it here.