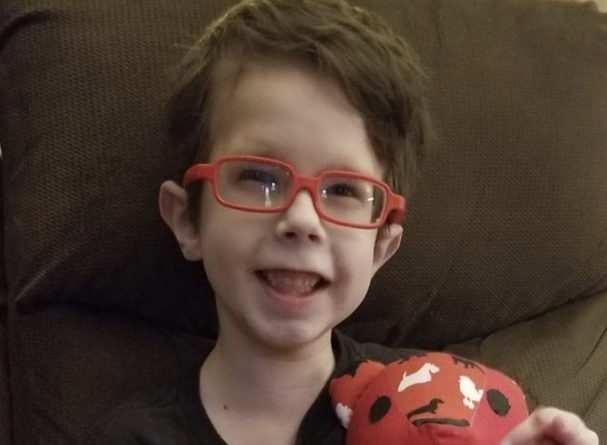 Six years is a common theme for Krista and Greg Furgala of Hamburg. After the birth of their first son, Alex, they planned on having their second child relatively quickly. 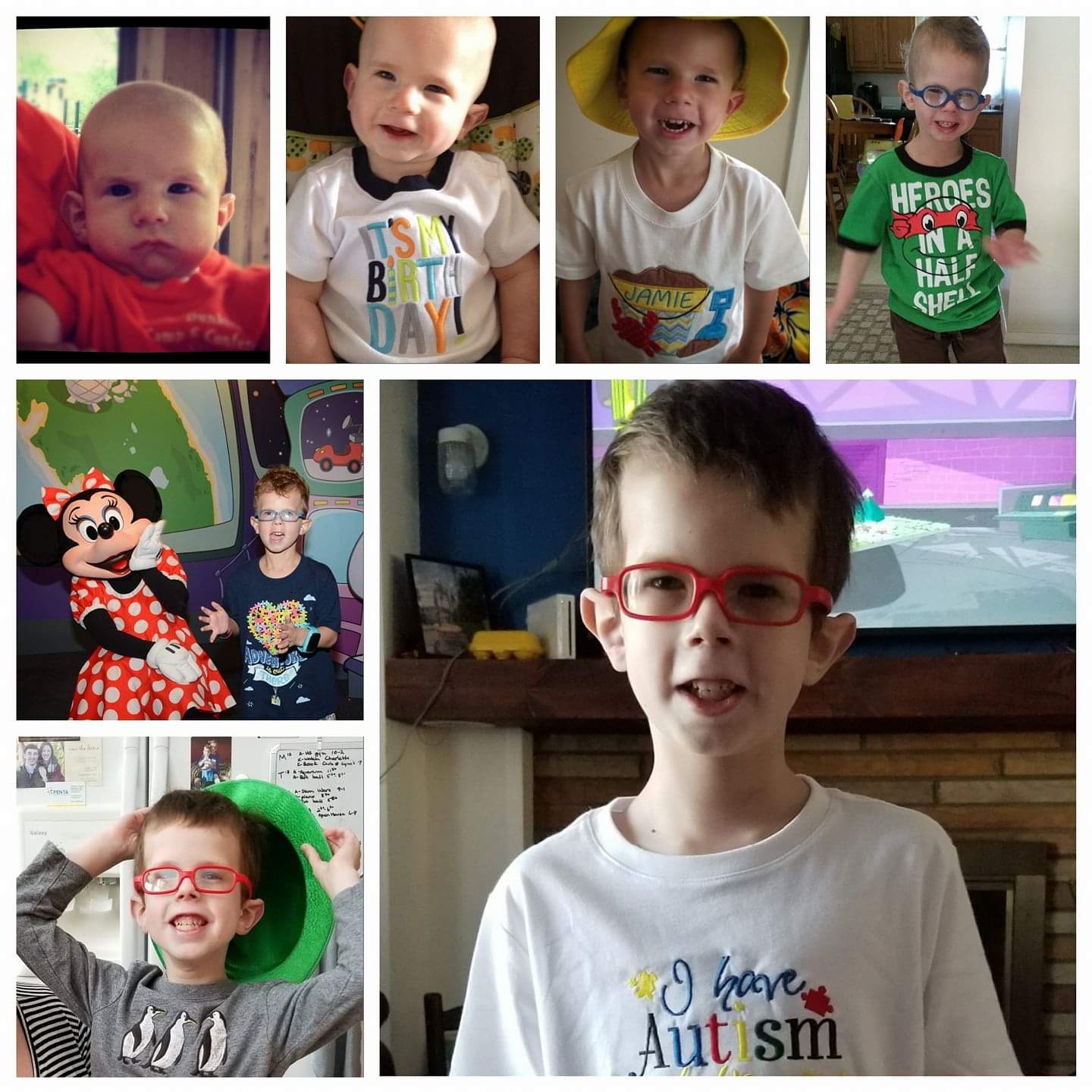 “We wanted to have our kids close together in age, but it didn’t happen,” said Krista in a recent episode on the Be A Superhero Podcast.

After six years of trying to get pregnant, they had nearly given up hope. This is when the first of many miracles happened in their lives. Krista and Greg were overjoyed and somewhat mystified with the news that they had indeed conceived another child, and 37 weeks later their second son arrived. His name is Jameson. It was actually their son Alex who named his younger brother – they call him Jamie for short. 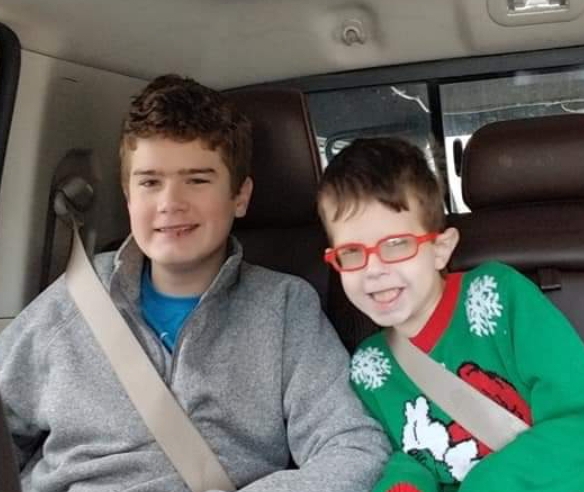 Within a minute of this glorious occasion, something went wrong. Jamie stopped breathing. NICU doctors were called in the room and the fight to resuscitate Jamie was on. After getting him to breathe, the doctors noticed more abnormalities.

”Even though he was born at 37 weeks, the doctors said he presented as 32 weeks” stated Krista.

With this the finding, the doctors quickly whisked Jamie away to the NICU unit. Krista and Greg were only allowed a minute to greet their newborn son into this world. Jamie would go on to spend 28 days in the NICU. According to Krista, he was known as a feeder/grower. He had to be on a feeding tube until his body grew and adapted to feeding on a bottle.
Those 28 days were some of the hardest for both parents. Krista was driving twice a day to visit her child. She had to have family and friends drive her as she was recovering from the C-section. Greg had to return to work, so he would go straight from work to the hospital to visit with his son.

“I used to call the nurses at 2 a.m. just to hear Jamie and make sure he was OK. I just wanted my baby home,” Krista recalls.

While being in the NICU, Jamie was tested for a variety of possible issues. The Furgalas were told he had hypotonia (low muscle tone), torticollis (wry neck where the muscles on one side are stronger than the other causing the head to tilt) and the plates in his head were overlapping. Jamie was approved for services. This is when Krista knew there was more to this than meets the eye, and so their next six year journey began.

Throughout Jamie’s early childhood years he received many diagnoses. It was determined he had microcephaly, which is where the brain is smaller than average. Due to this and the hypotonia, he was delayed in crawling, sitting and walking. His speech was delayed as well. After a couple of years, he was also diagnosed with autism. Jamie was receiving different services to help with each of these hurdles. The frustrating part was no one could find the underlining issue that was causing all this.

”We had him tested for many, many things. He was tested for Williams Syndrome, Angelman Syndrome, among others” Krista mentions on the podcast.

The problem was that none of them completely encapsulated all of Jamie’s issues. Krista is one determined super mom and was going to stop at nothing to find out the proper diagnosis for her son, so they could give him the best life possible. This is where another miracle happened. 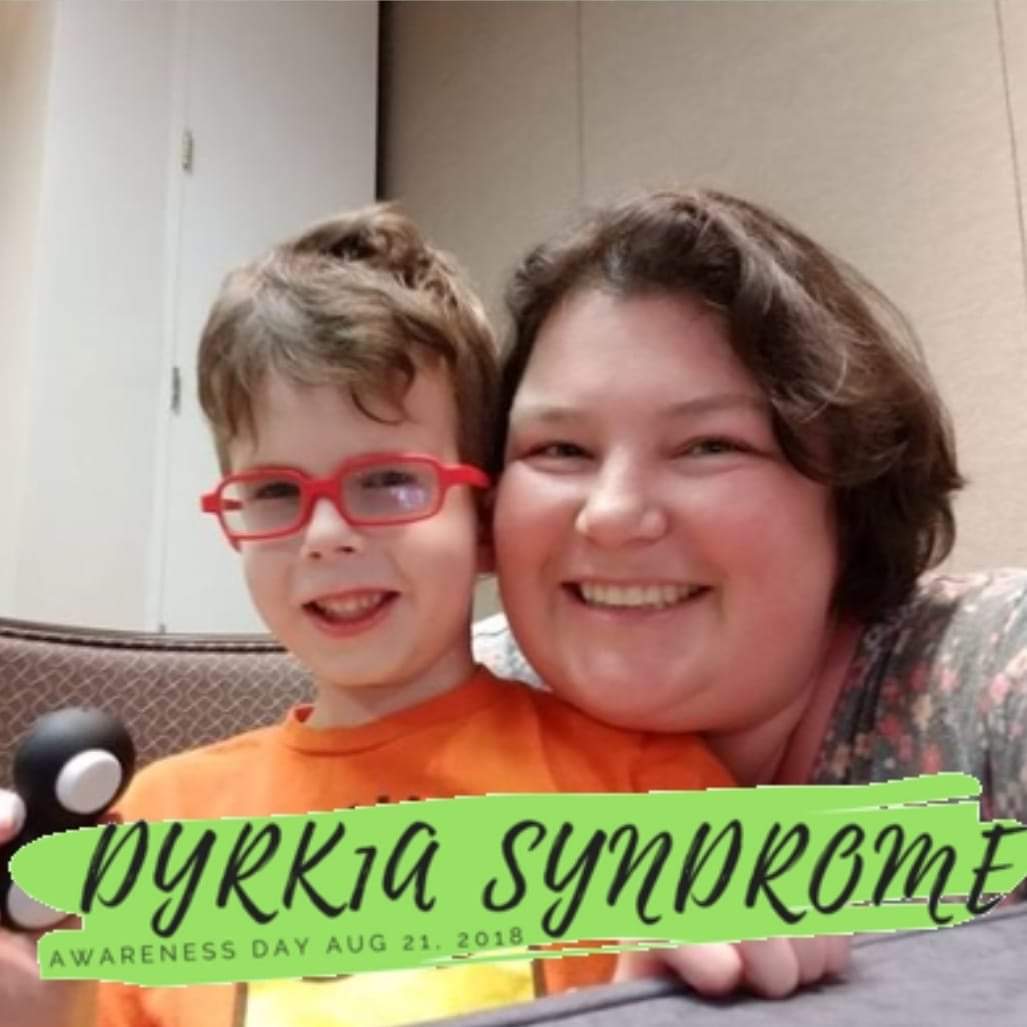 Krista is an advocate for her son and uses Facebook as her platform. She is consistently providing updates and talking about the highs and lows of what her son is going through on Facebook. She also uses it as a way of education. She joins groups set up by other parents with children who have similar issues. She reads all the medical articles that are posted and talks with the other parents in hopes of finding more answers. It was a comment to one of her posts in a group that changed everything.
Krista posted a picture of Jamie, who was five at the time, in a microcephaly group. A woman commented that she wasn’t trying to overstep, but maybe they should have him tested for DYRK1A syndrome. Krista immediately started researching this syndrome. She rushed to their geneticist and insisted he is tested. The results came back positive! 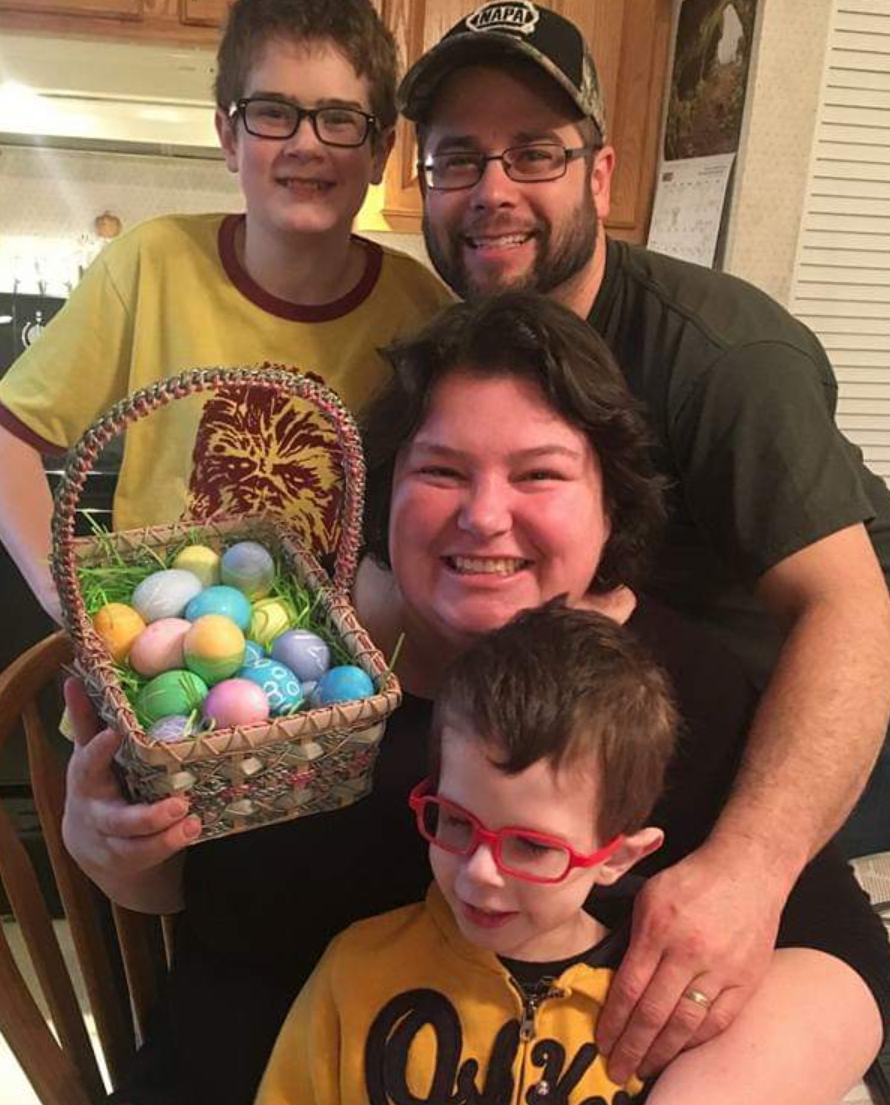 DYRK1A Syndrome is very rare. To date, there are only about 240 people with this diagnosis in the world. It was only classified about five years ago.

DYRK1A is a gene on the 21 chromosome. It is typically a deletion in a part of this gene that causes the syndrome. Since it is so new the research is really just beginning to finding ways to better and extend the lives of people living with this syndrome. The Furgala’s couldn’t be more excited to be a part of this process!

There is an annual conference with people living with DYRK1A syndrome and their families to attend where there are lectures by doctors, study groups and parent breakouts. The Furgalas will be heading to their second straight conference this year in June in Seattle, WA. This year’s conference is being co-hosted by the University of Washington Autism Center. They are one of the leading autism research colleges in the nation. They have created a study that encompasses all genetic causes of autism including DYRK1A syndrome called the Tiger Study. Krista, Greg, and Jamie are becoming participants in this study.

The University of Washington is also helping to offset some of the cost of the trip. The Furgalas are a single income family, as Krista is a stay-at-home mother. She isn’t sure they would be able to afford the trip if it wasn’t for the help. While they are lucky in meeting the criteria for the study and getting financial assistance, Krista says that not everyone is so lucky.

”Some families don’t meet the study’s criteria, but there’s a fundraising campaign to help those families” states Krista.

She says donations can be made to the site below, and those funds will be split among families who are struggling to get to the conference for financial reasons. Krista says the conference last year was life-changing, and everyone with DYRK1A syndrome and their families needs to attend and become a part of their new found family. Learn more here: www.mightycause.com/story/Dyrk1a2019

To help this fund, The Furgalas are also partnering with the Be A Superhero Project to throw a fundraiser in WNY. The details will be announced shortly!

If you would like to listen to the podcast episode and hear Krista’s full story, you can click here. Thank you to Giovanni Mion for submitting.