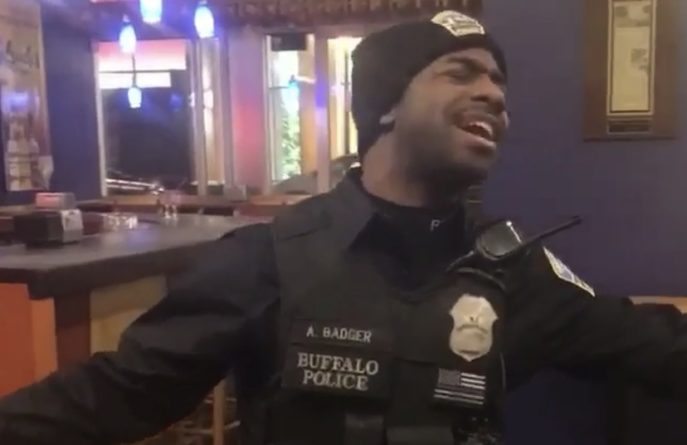 Buffalo police officers Moe Badger and his partner Mike Norwood have been singing for years.

“I traveled for five years with my own band and made CDs,” said Badger.

Badger was able to make a good living from singing, but when it was time to start a family he realized he wanted a more stable job with health insurance and benefits to support his kids. He became a cop with the Buffalo Police Department and continued to sing at his church and various community events. Luckily he was teamed up with a partner who also loved singing and making a difference in the world. 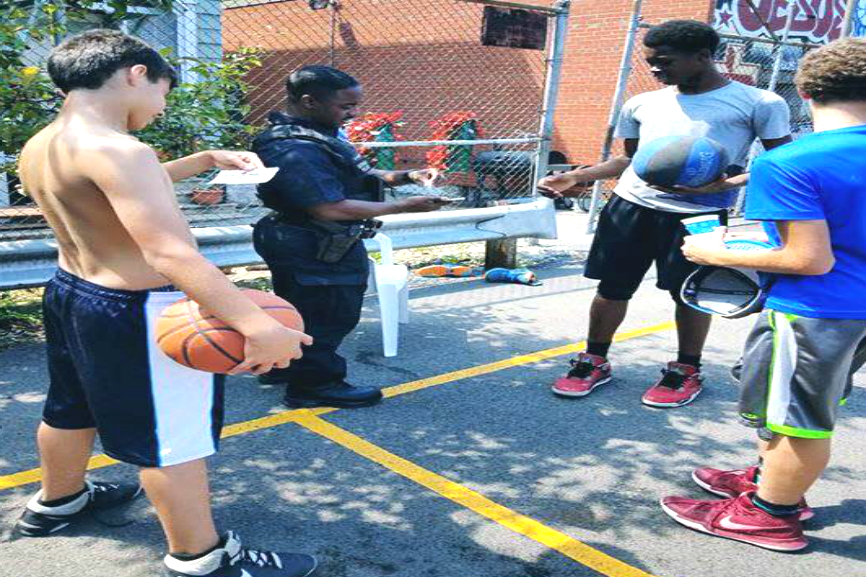 Badger and Norwood started a nonprofit called C.O.P.S.S (Children Overcoming Police Stereotypes Through Sports). They hold various events like basketball tournaments to bring kids together with cops to build trust and love. 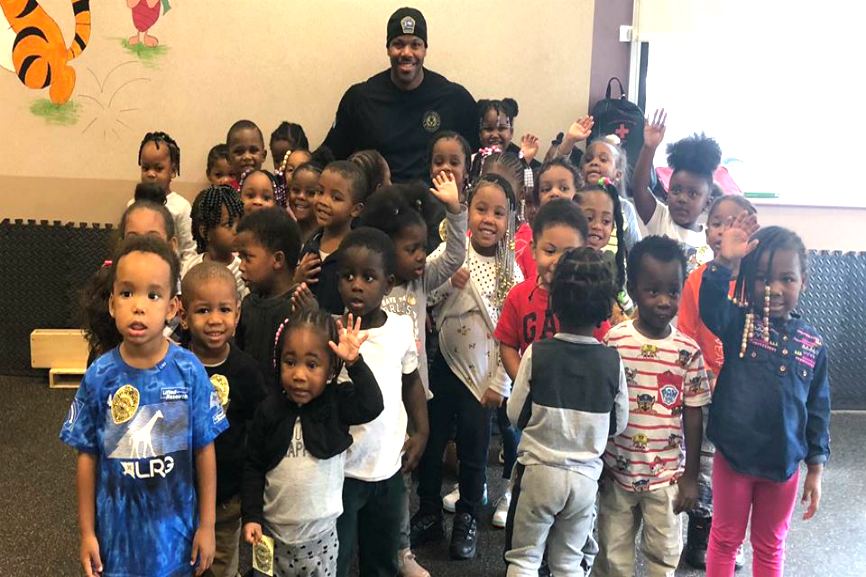 ”Mike and I were mistreated by the police when we were kids and for us to be the people who kids can trust when they are pulled over and know ‘I won’t get mistreated, I will live to see another day’…that’s what it’s all about.”

Being themselves in the community is important to the duo, so one night when they were ordering food at a taco joint in downtown Buffalo, Ed Sheeran came on the radio and the two could not resist singing “Thinking Out Loud” literally out loud. The cashier happened to know Badger from church and started recording their amazing voices on video, but Badger was hesitant to let her post it on social media. She did months later with his permission, but he had no idea it would take off the way it did.

“I couldn’t even remember when we did it,” he laughed.

The video was posted on Sweet Buffalo’s Facebook page and was viewed more than 100,000 times. Channel 4 and 7 also posted it and received thousands of views. But what happened next was incredibly unexpected.

Badger and Norwood each received a Facebook message. Ellen DeGeneres’ producer saw the two singing on social media and wanted them to come on the show!

“We thought it was a joke at first. But then my partner looked up the producer’s name and it said she worked for Warner Bros. and he said, ‘Hold on, this might be real.”

Badger and Norwood Skyped with Ellen’s producer and shortly after Buffalo’s finest were on their way to Hollywood. They spent a few days in California enjoying the sights before their appearance on the show (set to air this Monday by the way!) We can’t tell you too many details about what happened on the show because we want you to see for yourselves, but we do know Buffalo will certainly be proud.

“I think it will be cool to put a great spotlight on Western New York, that’s really what we’re excited about. We love our city and our community and for us to be put in a positive light, it’s going to be great for all of us. We want to thank everyone in Buffalo for sharing the video because without that, we wouldn’t have gotten the opportunity to see Ellen.”

As for our number one question, what was America’s sweetheart really like?

“She was just a really nice lady. She really is just so humble. She doesn’t give you that star type attitude. She was really welcoming, gave us a hug, just down to earth. It was really cool to see one of the biggest stars in the world be so welcoming to a couple of regular people,” said Badger.