Sweet Buffalo teamed up with the Justice League of WNY today to throw a “Back to School” pizza party for Desmond Benimoff of Orchard Park who is battling leukemia. 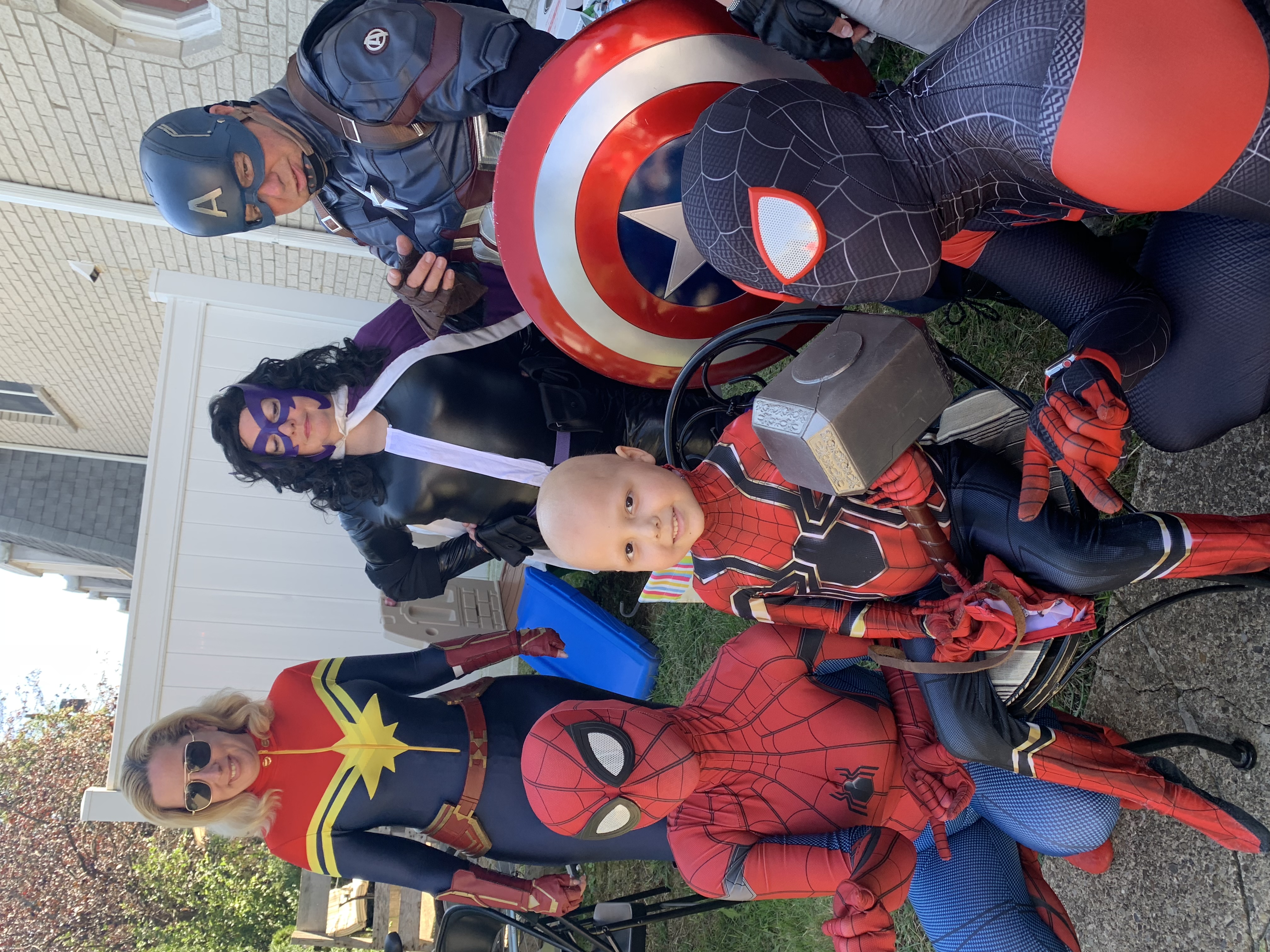 Desmond will have to miss his first day of school this year due to receiving treatment, so Avengers Captain America, Spider-Man, Spider-Girl, and Captain Marvel came to his home in Orchard Park to make him feel better about going back to school.

Desmond, 6, first met Captain America last month when he surprised him at Roswell Park. Desmond was receiving treatment that day and the Cap wanted to give him the strength he needed. Captain promised him next time he would bring his friends and so today was a very special day for Desmond! 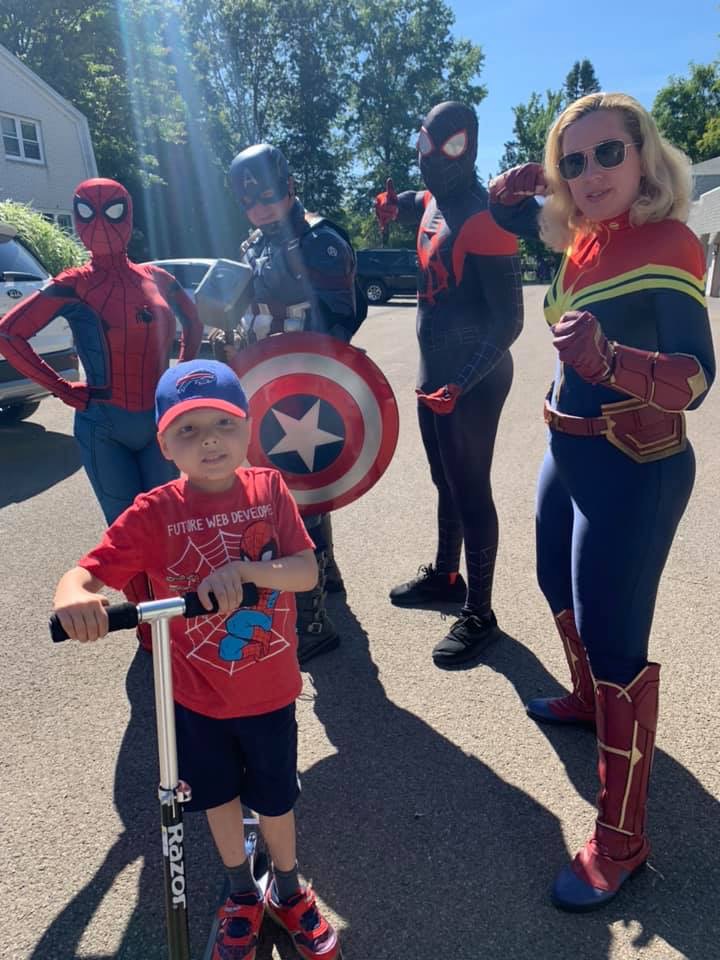 The Cap and Desmond have formed a special friendship since they met. Desmond has Captain America’s cell phone number and sends him videos from his mom’s phone saying hello and the Captain sends him videos back thanking him for assembling the Avengers! Desmond knows a great deal about his favorite superheroes from watching their movies so he had lots of questions for them today!

Big thank you to Just Pizza, located at 2319 Niagara Falls Blvd., Amherst for donating the pizza!