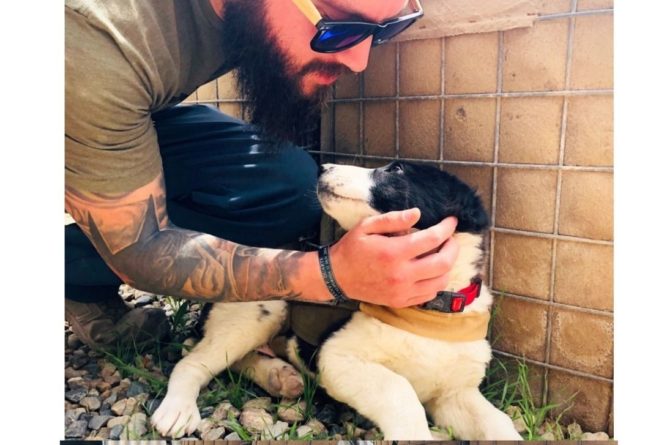 Zach Knorr, a 7-year veteran of the United States Army and now contractor in Afghanistan, is a hero to us, but he’s also a hero to our four-legged friends. Recently the other contractors who run the AUVs told him about a litter of puppies they had at their site. Being an animal lover, Knorr wanted to go and see them. There were two girls and one boy. The boy was found bloody with his ears and tail cut, a cruel act done for fighting. He was named Piggy. 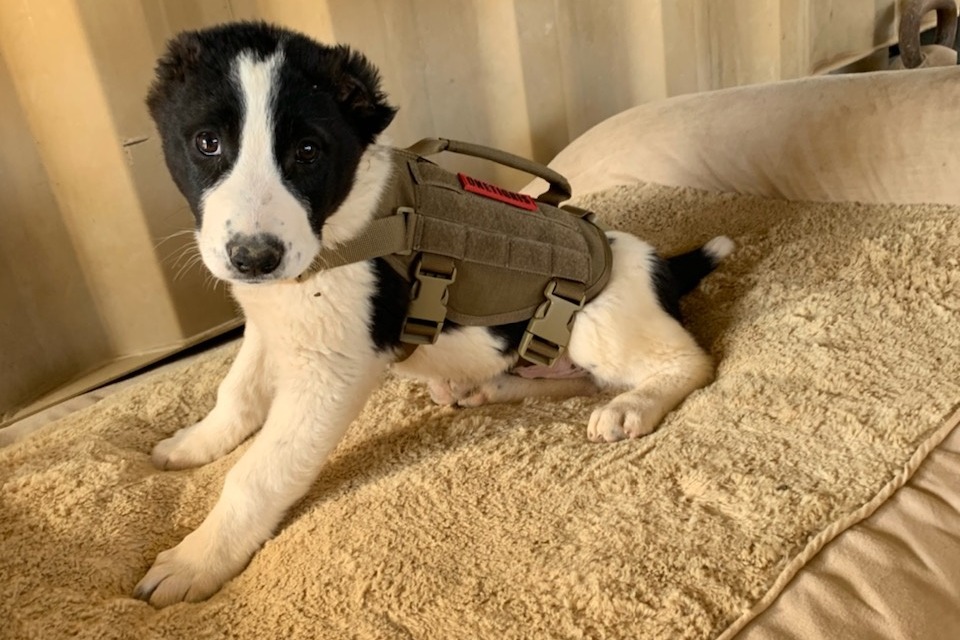 “The UAV guys got him first and he was super little, my buddy, Dean, thought he was a guinea pig,” said Knorr. 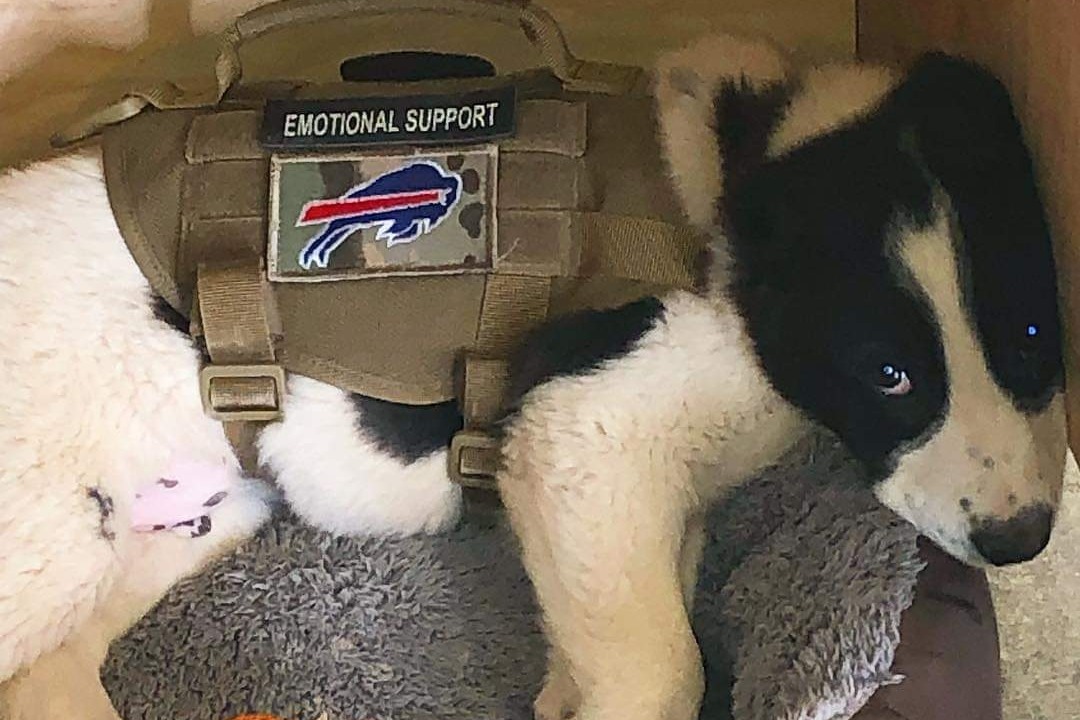 Last Saturday, Piggy went missing. After a few days, he was found at a guard shack covered in blood. Knorr knew that he couldn’t take a chance on losing him again, so he plans on getting Piggy and his sisters out of Afghanistan and back to the U.S. by this Saturday. Zach’s mom couldn’t be more proud of her son who she says has a tough exterior, but a very kind and compassionate heart. 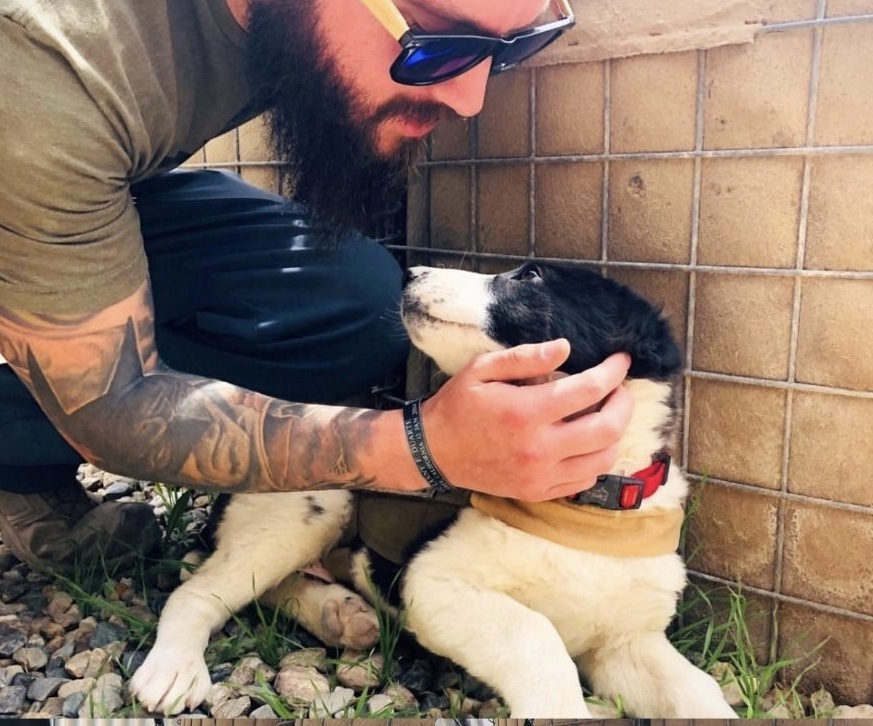 “There is enough cruelty, hate and anger in this world. It makes me very proud that my son wants to make a difference,” said Christine Popovich-Moran. 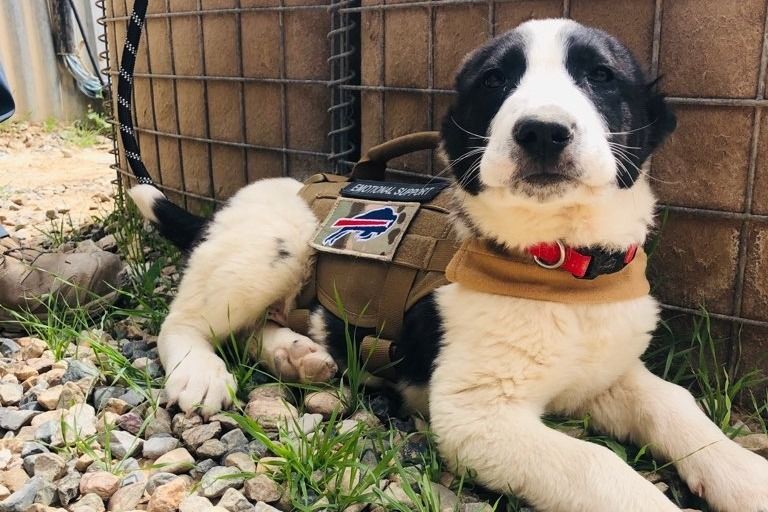 When Piggy gets home, he will be greeted by Zach’s 5-year-old son who is so excited to meet him. Piggy’s sisters will all be taken care of as well and be adopted out to loving homes. 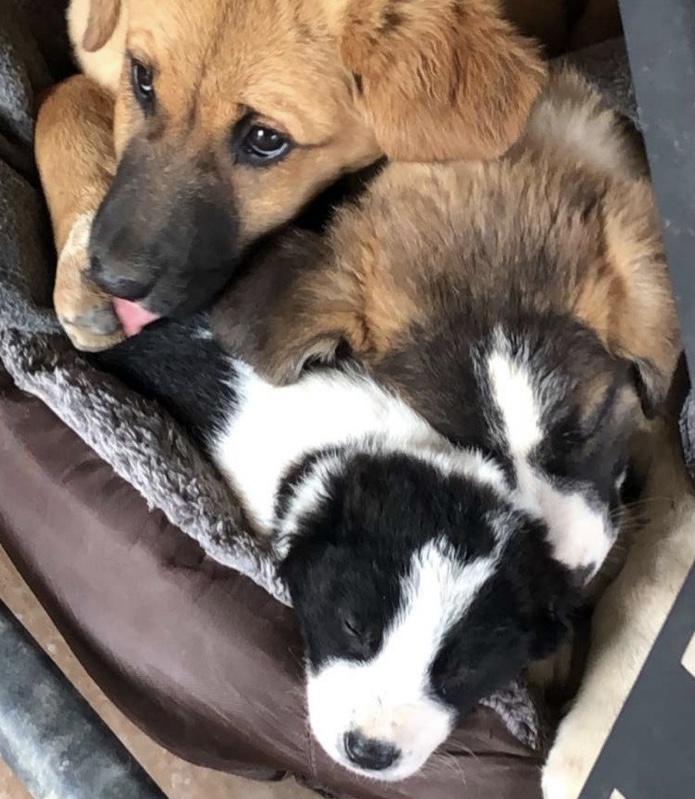 If you would like to make a donation to help Zach bring these beautiful puppies home to safety, you may do so here: www.gofundme.com/give-piggy-a-home.