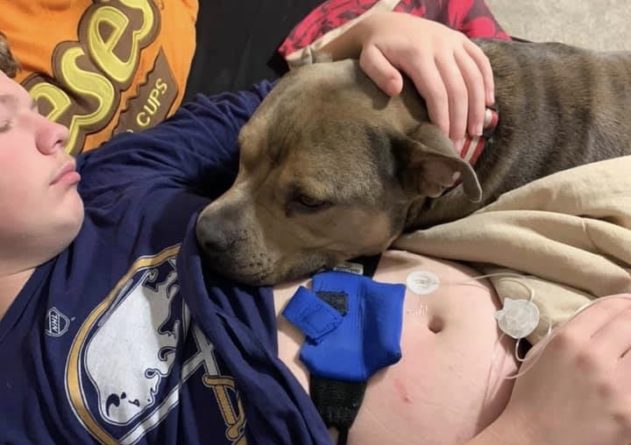 Many people who adopt animals say it was actually their pet who rescued them. In the case of a dog named Paws who was rescued from death row, that is certainly the truth. 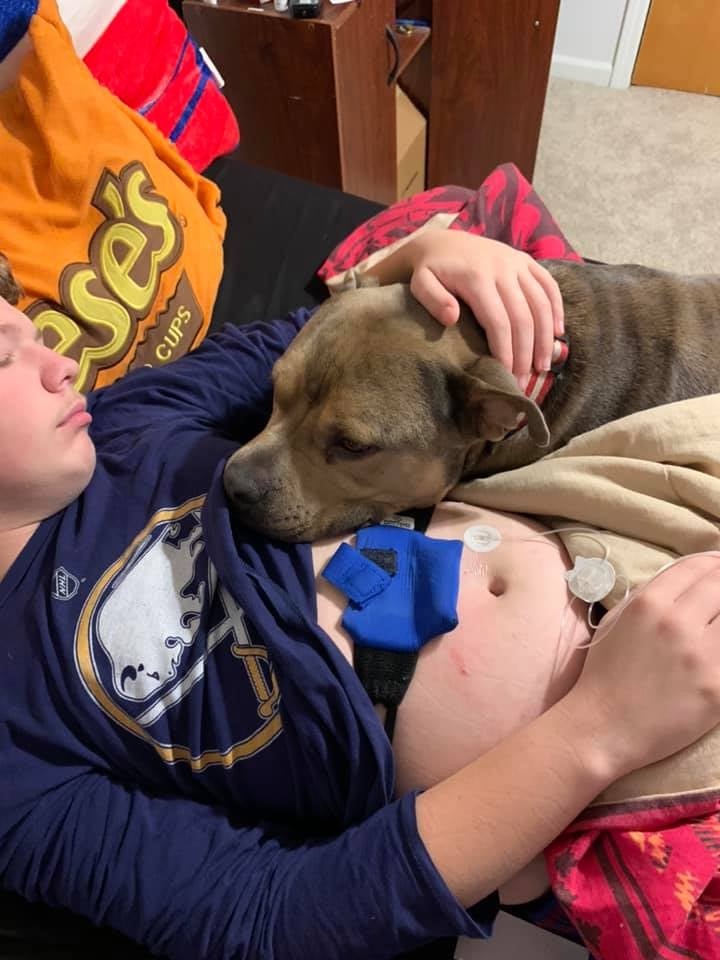 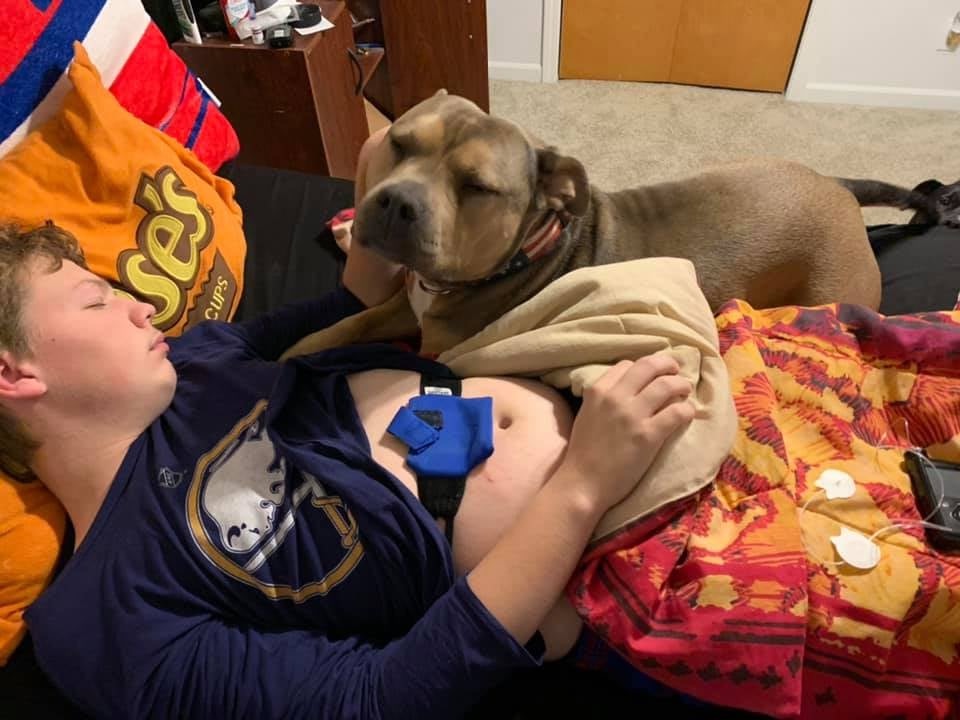 “Paws was rescued from Barton, GA by Hamburg Mutts for Freedom last year. His name is now Sherman (as in Tank haha) . His family rescued him and now he ‘rescues’ them – you see his 14 year old boy, Ricky, is a Type 1 diabetic. Ricky has an insulin pump to keep his diabetes in check. The pump will alert the family to various things. Sometimes during the night, Ricky’s mom will not hear the alarm if it goes off. When this happens Sherman/Paws hears the alarm and runs to wake up Ricky’s mom – he forces her to check on Ricky. Sherman stays by Ricky’s side when he needs a finger poke, a site change, or anything else that is difficult. Ricky’s mom says, ‘Sherman is an angel sent to us and we are forever grateful for him. This 70 pound pit bull is an angel in disguise.’ 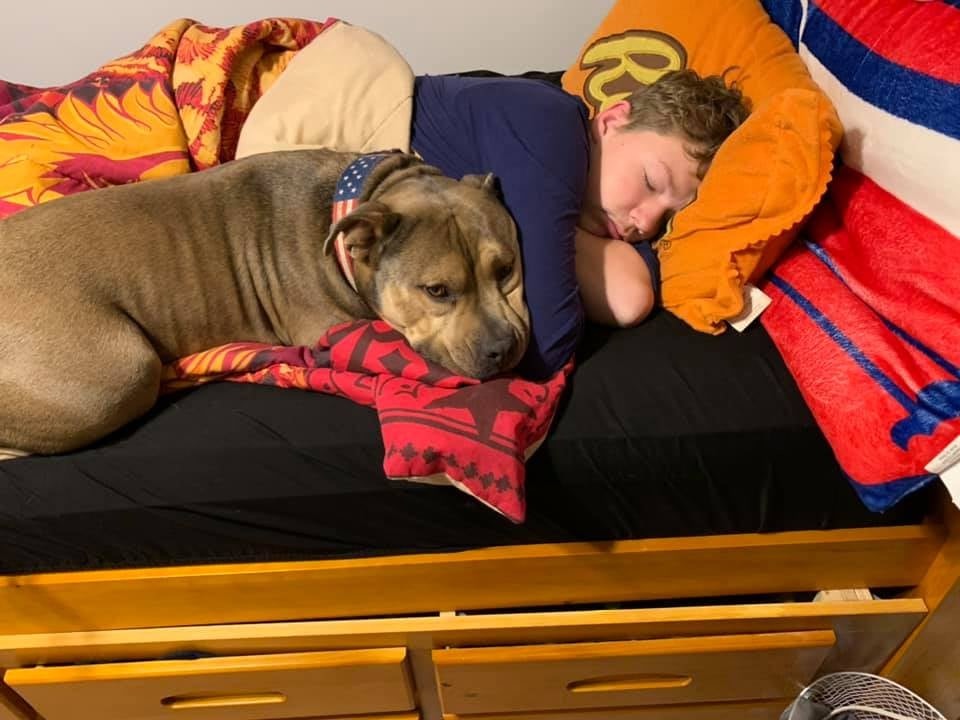 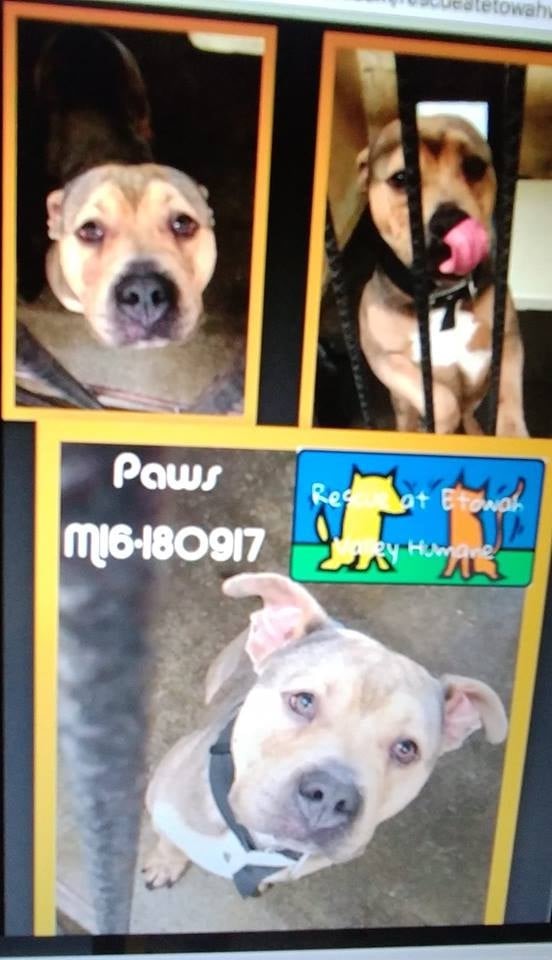 January 24, 2021 Sweet Buffalo Comments Off on Dog abandoned by family at local pet resort in need of a home

This is not a sweet story at all. A poor dog named Blue is looking for a forever home after

January 22, 2021 Sweet Buffalo Comments Off on Dog named Rosie who was placed in a high kill shelter after owner died in need of a loving home
Sweet Pets

January 17, 2021 Sweet Buffalo Comments Off on 5-month-old dog named ‘Chowy’ in need of a home