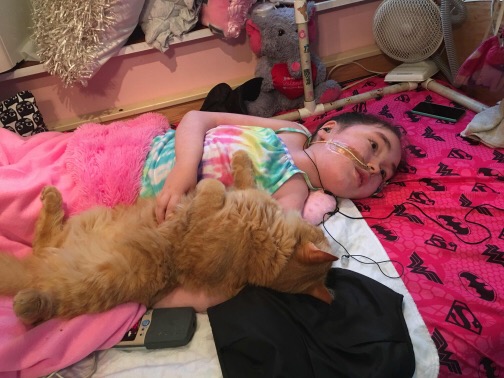 Update: The SPCA has stated it is not the same cat that was adopted out. However, the mom is still searching and hasn’t given up hope on finding Molly’s Elephant.

A local mom has made a desperate plea for the return of a cat named Elephant back to her daughter, Molly, who has spinal muscular atrophy. The cat went missing a few months ago and it is presumed he was adopted by a family in East Amherst. She reached out to Sweet Buffalo for help in locating the family, and although we write our own stories usually, we don’t think we could do hers justice. Here Jennifer Matuszak shares why Elephant is so special to her daughter, Molly. 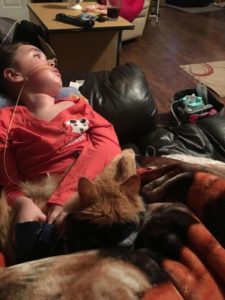 “Two years ago in September we got our little girl what appeared to be the perfect kitten. She really wanted an elephant for her birthday, but we settled with a cat named Elephant. 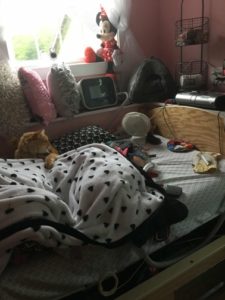 This cat was different from the get go. He wasn’t afraid of the loud medical equipment she had, he would cruise around on her power wheelchair with her, he knew when she was extremely ill and would stay in bed and comfort her. 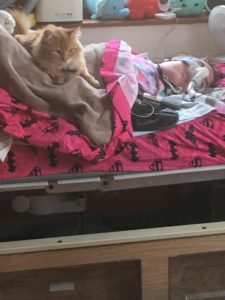 My daughter has spinal muscular atrophy. It is essentially a child form of als. She has lost many abilities, but Elephant loved her the way she was. 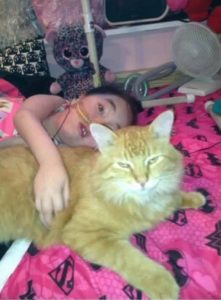 This summer we helped raise money for families of SMA. They also had a small fund to grant a child from the local chapter to grant a small wish. Molly’s wish was to go on a camping trip. So we got a house/pet sitter and headed to Jellystone for four days. When we returned we found out they let him outside and couldn’t find him. We suspected that he may of headed back to our old place a couple of miles away. We have been looking for him since the end of August when we learned he was gone. I contacted every lost pet group I could find with no leads. 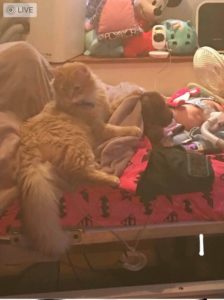 I contemplated getting another cat but I decided it was pointless. There isn’t another cat in the world like him.

After several months of searching for him, his pictured showed up on the SPCA website. I contacted them and was told they sent him to Blackwinds Pet Supply. I immediately drove there with her to find out he was already adopted. The pet shop wouldn’t offer any information other than he is located in East Amherst. I begged the store to contact the adopted family. Tell them I will pay them double. They still haven’t told me if they have contacted her or not. I desperately need to find him. 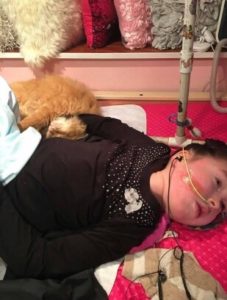 My daughter cries for him especially when she is sick. She spends 90 percent of her time in her bed and needs her Elephant Elliot Terry. That’s what she named him. At the age of nine, she saved her money to have him fixed; she bought him clothes that he loved to wear; she wanted to be able to change his box but physically couldn’t so she bought him an automatic self cleaning box.

He is loved more than anyone can understand. This isn’t just a cat, he’s a service cat and her best friend. She doesn’t get to go to school like other kids, she had her best friend in this cat.”

If you have Elephant or you know who does, please call Jennifer at 716-512-2418 and please share this story so we can possibly reunite Elephant and Molly!