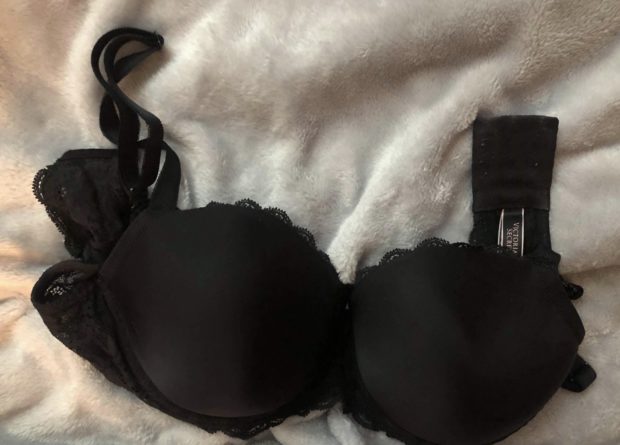 JoAnn Bradley and her family recently lost everything they had in a house fire in Niagara Falls, including their beloved pit bull who saved their lives. When something tragic like that happens to you, you’re in a daze of disbelief and overwhelming emotions. JoAnn and her son only made it out with the clothes on their backs so when a local Red Cross employee reached out to help, it was something that JoAnn will never forget. She’d now like to find that employee to let her know that what she did meant more to her than she could ever imagine.

“I really wouldn’t know how to go about thanking the woman from the Red Cross that showed up looking like an angel at my bedside in the hospital the morning of the fire. For some reason in all my tears, she showed up after, arms around me, and asked me what I needed because if there’s anything I needed she’d make sure she got it for me. I don’t know how or why the words “I need a bra”  came out of my mouth, but it did, and no more words were spoken until she went across the hall into a bathroom, took off her bra, and gave it to me. I don’t know her name, but whoever she is, she needs to know how special and unforgettable she is. If I ever run into her again I would give her the biggest thanks I’ve ever given anyone because what she did went far beyond what any normal human would do. The Red Cross woman is amazing.”

Please share this story so JoAnn’s thank you reaches her!